The 1992 stock market swindle starring Harshad Mehta broken by the journalist Sucheta Dalal is now a “major motion picture” thanks to the web series Scam 1992 directed by Hansal Mehta.

Unbelievable as it may seem today, Sucheta’s investigation appeared in The Times of India, in an all-too-brief brush with investigative journalism for India’s largest English newspaper, in the first flush of liberalisation.

As the corporate grip on the media has grown, from plain advertising to editorial subterfuge, from sponsorship of events to eventually ownership and partnerships, business investigations have not merely taken a backseat but nearly vanished.

In a podcast interview with Sunit Arora, the Editor of Mint‘s daily section ‘Long Story’, to mark the OTT series, Sucheta Dalal (above) says it is not just business press that is to blame for the effete state of business journalism today but all the rest of media, too:

# “Nothing gets published until it is vetted by the marketing and advertising people.

# “Even the ‘journalism of courage’ people have got cold feet.

# “I blame mainstream media for this (state of affairs) and editors who are kowtowing to politicians.

# “How many (editors, owners) have become Rajya Sabha MPs. Is it without compromising?”

Harshad Mehta was to later recast himself as a “market expert” in the media, and oddly he approached The Times of India, the very paper which had exposed him, to place his column.

The move paved the way for Sucheta’s exit although H.K. Dua, the then editor of the paper, convinced the Jains out of it.

But as Sucheta and her husband Debashis Basu later recounted in their book The Scam on which the OTT series is made, Harshad Mehta’s column was successfully accommodated in ToI’s Hindi newspaper Navbharat Times. 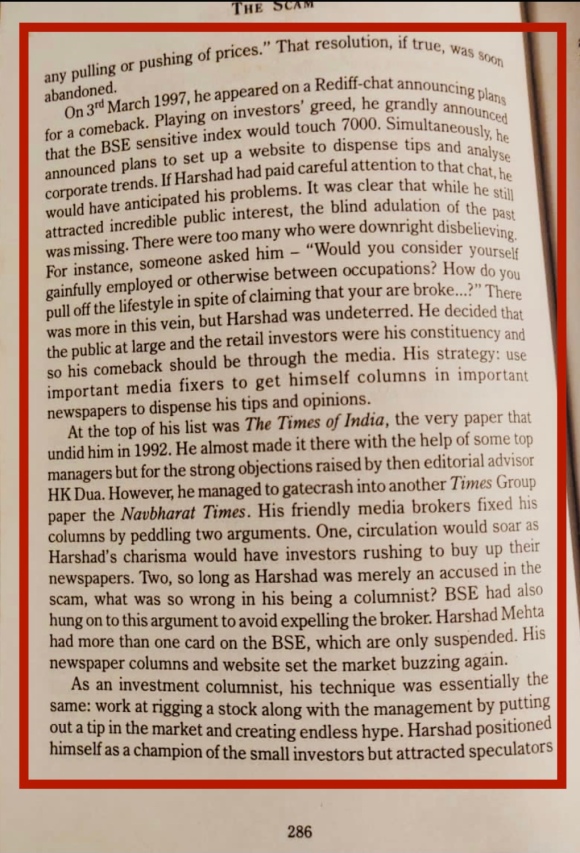 The column’s appearance in NBT roughly coincided with the entry of “Medianet” in the Times group, which breached the wall between editorial and advertising without the reader knowing, and took Indian journalism down the tube.

The Times of India‘s change of heart—and change of journalistic course–was made clear by the paper’s vice chairman Samir Jain at a conference of editors, where he made it clear that the Times of India as a group “did not want to do any investigative work or offend anybody.”

Sucheta Dalal was named “Femina Woman of Substance” by the Times group’s women’s magazine for her role in lifting the lid on the scam. But, in an interview with MediaNama in 2008, S. Sivakumar, then head of Times Private Treaties who is now chairman of the executive committee of BCCL, tried to throw stones at her and the Harshad Mehta scam.

In a 2012 interview, Samir Jain’s younger brother Vineet Jain was to tell The New Yorker confirmed the Times group was in the advertising business, not news business.

The role of Sucheta Dalal is played on screen by Shwetha Shreya Dhanwanthary. 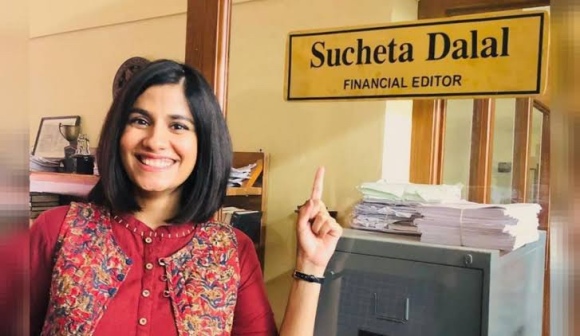