A ridiculously low cover price was one of key reasons for Indian newspapers to feel the COVID pinch more than their western counterparts.

With advertising dead during the lockdown, circulation revenue too dried up, as the perils of chasing the lowest common denominator became clear.

Even after the lockdown was lifted, major newspaper groups, sitting on numbers built with sand, are reluctant to learn their lessons and bell the cover price cat.

Mint, the business daily from the Hindustan Times group, has taken the opposite route. It has jacked up its cover price in Bangalore from Rs 8 to Rs 15 every week day, virtually a 100 per cent hike.

The New Delhi cover price of Mint continues to he a third of that: Rs 5. For a combo rate of Rs 9.50, you get both Mint and HT.

Differential pricing is a strategy used by The Times group, when it wants to de-grow circulation or exit markets with a low yield. Mint is a small player in Bangalore selling in the low thousands. 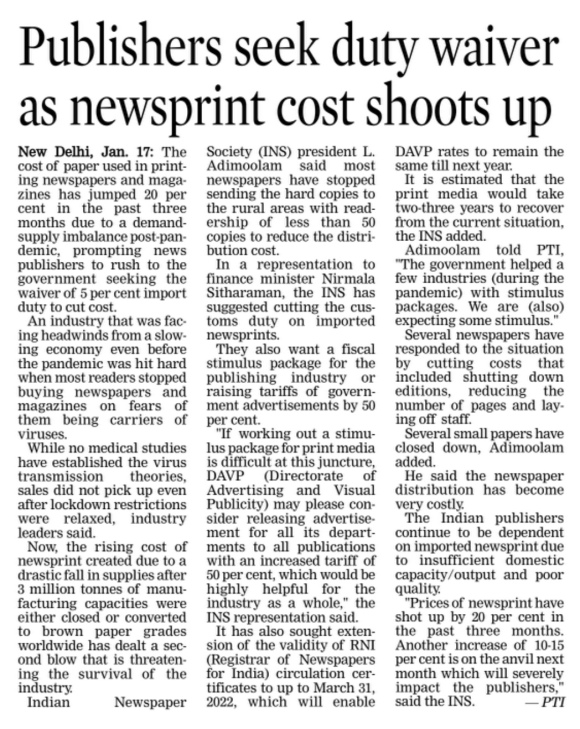