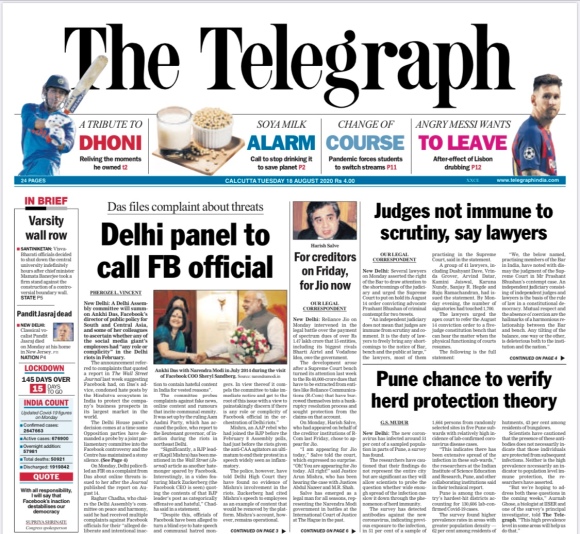 Even today, there are no revelations and even today only The Telegraph, Calcutta, has it as the lead story. But what the newspapers lack by way of digging and reporting, they somewhat make up with editorial comment.

At least six newspapers, three of them business dailies, have editorials, all with more or less the same refrain. 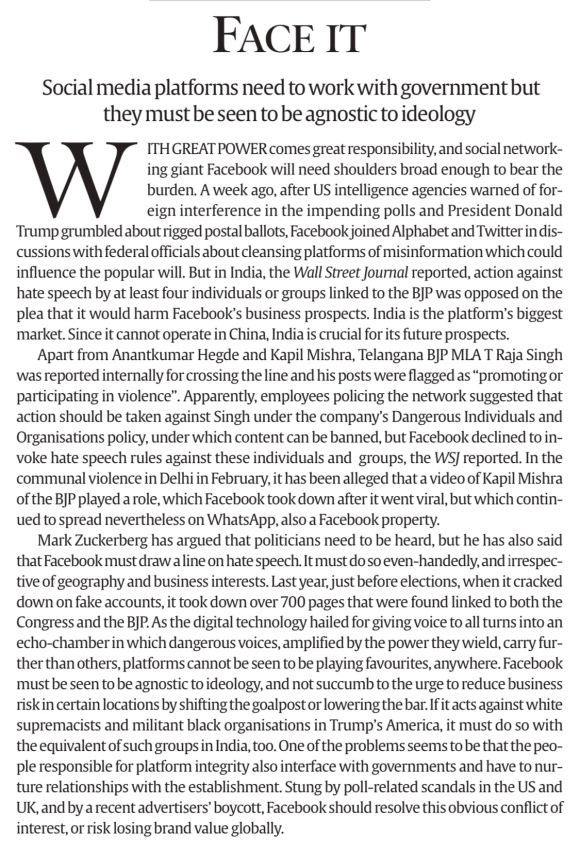 Like The Indian Express which yesterday featured former I&B minister Rajyavardhan Rathore, The Times of India today has an edit page piece by the BJP Rajya Sabha member and media owner Rajeev Chandrasekhar. 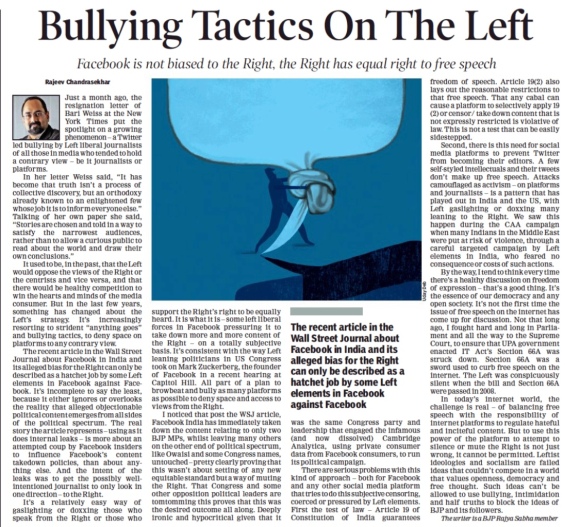