The legendary New Yorker writer A.J. Liebling is credited with the aphorism that “the freedom of the press belongs to those who own one”.

Meaning: he who pays the printer calls the shots.

The Marathi newspaper Prahaar underlines the truth of that observation like no other.

The 8-page Prahaar, published from Mumbai, Thane and Sindhudurg, is owned by the 270-degree Konkan politician Narayan Rane.

He is in fact listed in the imprintline of the paper as its “Editorial Advisor” (below).

After meeting all the KPIs expected of a Shiv Sena leader, Rane joined the Congress, left and launched his own party, Maharashtra Swabhiman Paksha, before being elected to the Rajya Sabha with BJP support.

For 10 months in 1999, he was even Maharashtra chief minister.

His elder son Nilesh Rane was a one-term Congress MP before jumping to the BJP. His younger son Nitesh Rane is a BJP MLA in the Maharashtra assembly.

Prahaar is a standout example of the manner in which a public-facing newspaper is used as a propaganda vehicle for a family’s private political benefit in a non-election season.

In the first 15 days of March 2021, the front page of Prahaar featured the weighty pronouncements of father Rane or sons Nilesh and Nitesh every single morning, proving A.J. Leibling right.

There is no law that bars them from using their paper as they wish but for a middle-class which gets all titillated by the Election Commission’s Model Code of Conduct, Prahaar is a sobering lesson of how politics is mostly a private limited company. 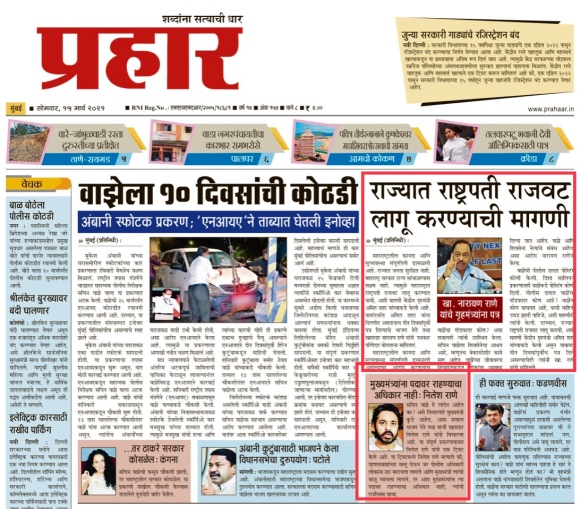 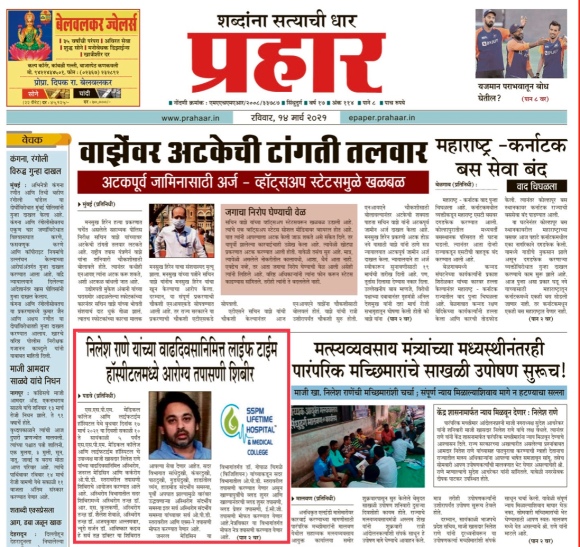 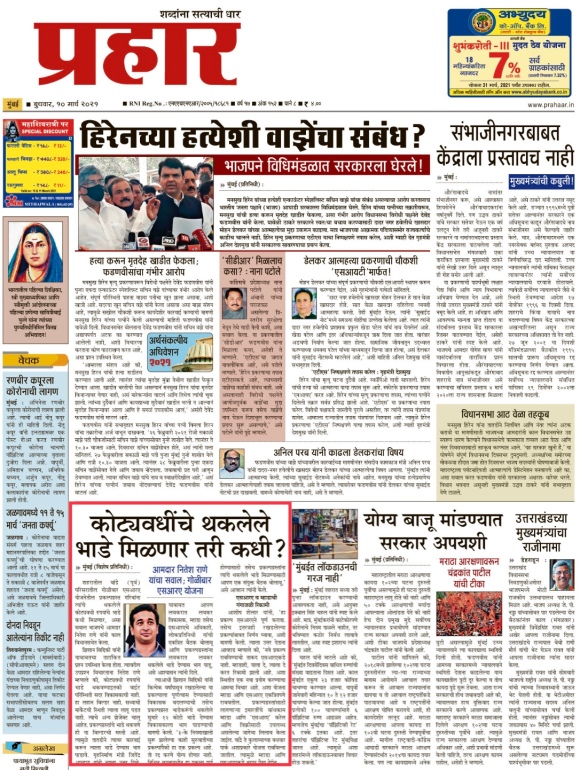 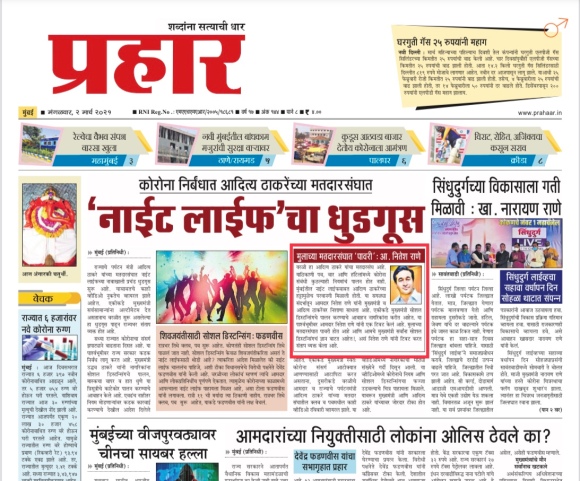 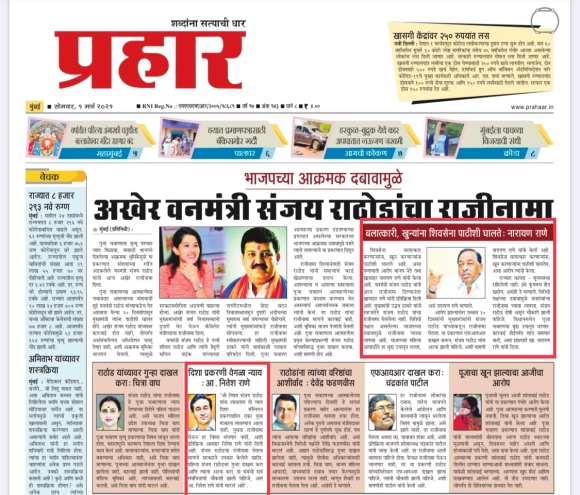