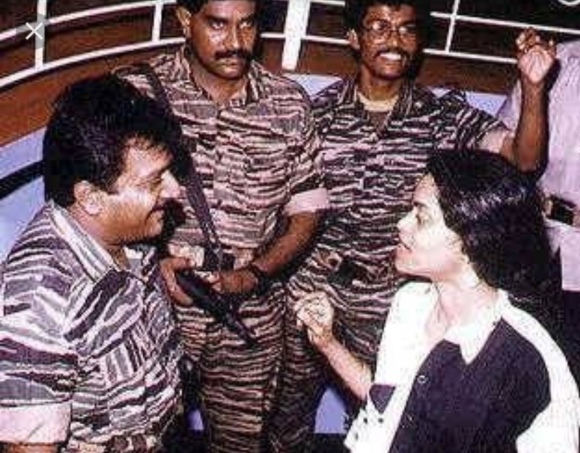 Anita Pratap, the Bangalore University journalism student whose byline—when bylines still had value—adorned Sunday and India Today magazines, Time and CNN, is in the news.

Pratap, reputedly the first journalist to interview Velupillai Prabhakaran, when he lived in Chennai in 1985, features in Methagu (His Excellency), a biopic on the slain supremo of the Liberation Tigers of Tamil Eelam (LTTE).

The trailer to the film was released on October 20. 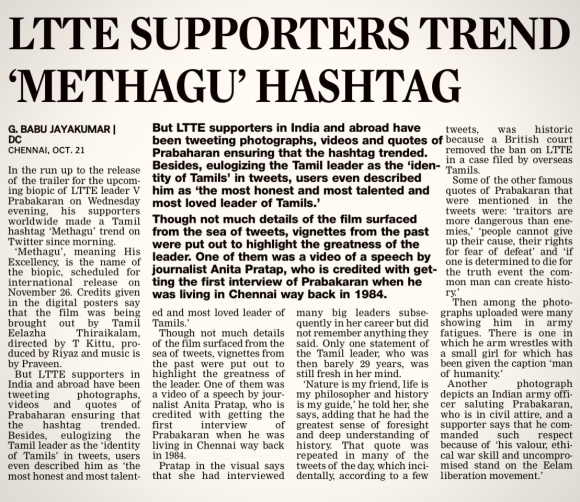 The New Indian Express Deccan Chronicle reports that the video of a speech by Anita Pratap figures in the biopic, which is due for release on November 26.

In the visual, Pratap says she had interviewed many big leaders in her career subsequent to her interview with the Tamil Tigers’ chief, but could not remember anything they said.

However, one statement by Prabhakaran, then 29, had stayed in her mind: “Nature is my friend, life is my philosopher, and history is my guide.”

The biopic on the Tamil separatist leader comes after politicians in Tamil Nadu successfully scuppered plans for a biopic on the Sri Lankan offspinner Muttiah Muralidharan, citing his lack of sympathy for the cause of Tamils in the north of the island.

Muralidharan is a Tamil from eastern Batticaloa.