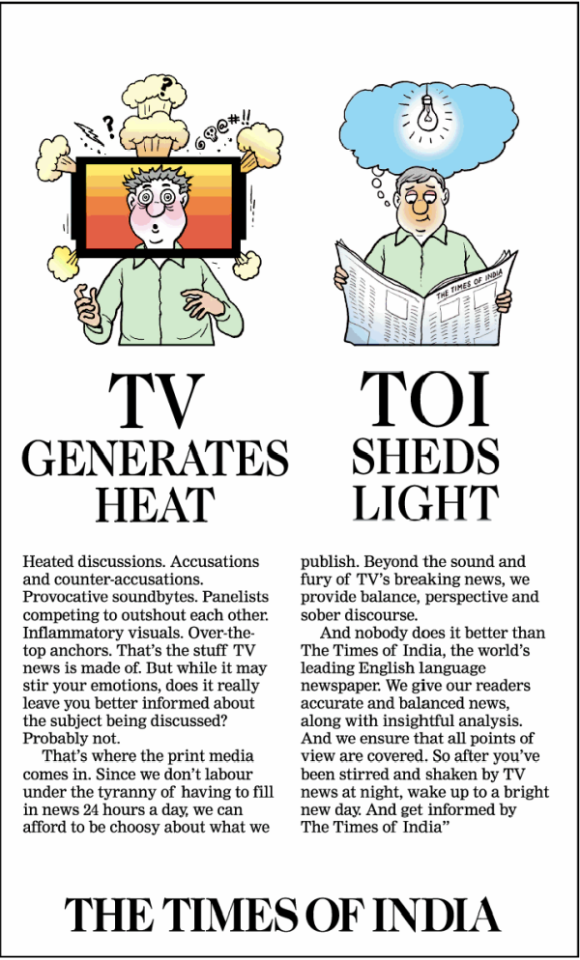 As a story, newspapers verus television is as old as the bush telegraph. But the story gets more interesting when a group owns both print and electronic properties, as The Times group does.

Can it afford to decry one or the other? On the strength of this advertisement, evidently it can.

“While it may stir your emotions, does it [TV] really leave you better informed about the subject being discussed? Probably not.”

Try telling that to Mr Goswami.