The arrest of Delhi-based journalist Rajeev Sharma, for violating the Official Secrets Act (OSA) by allegedly passing on “defence secrets” to China, is remarkable for the consistent quality of stenography.

Only The Hindu (above) categorically reports Sharma’s association with the right-wing thinktank Vivekananda International Foundation, whose founder-director was the national security adviser, Ajit Doval.

All the rest are faithful reproductions of Delhi Police special cell’s claims that, for all its hi-tech wizardry with satellites and surveillance, China was banking on a freelance journalist to do the recce. 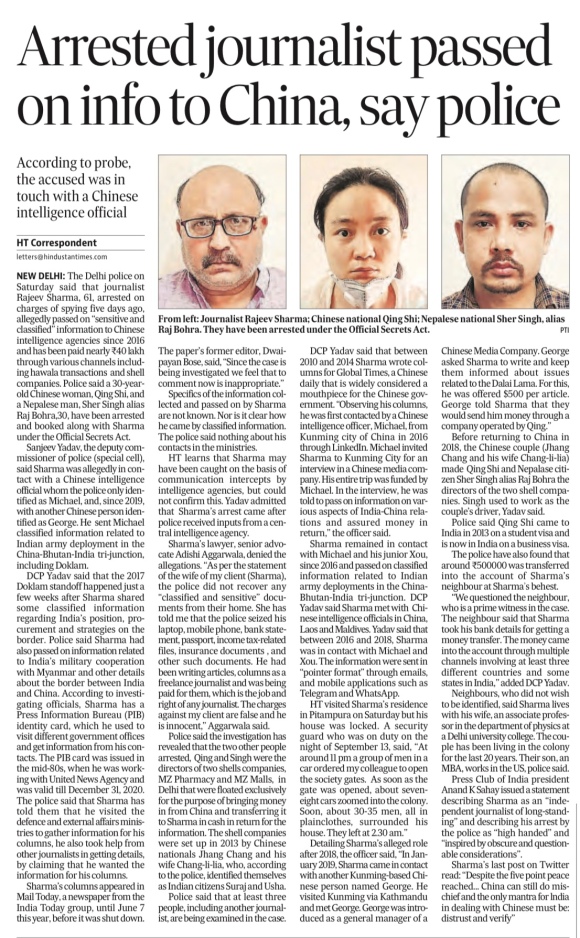 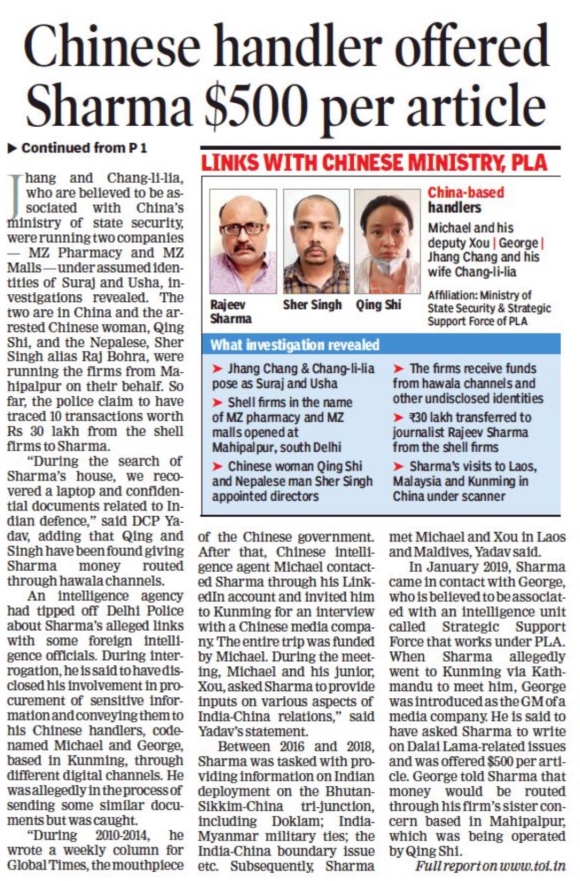 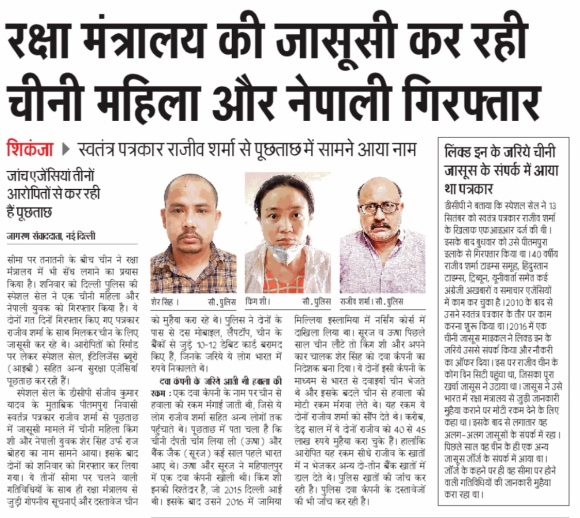 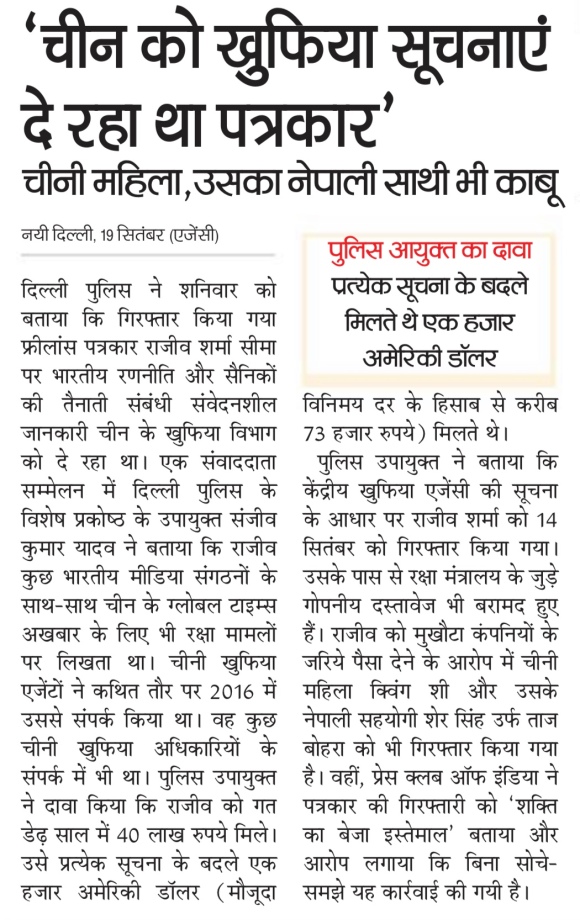