‘Rajasthan Patrika’, the well-regarded Hindi daily published from 9 states including two in the South, dedicated ‘Patrika Gate’ to the city of Jaipur, its headquarters, on September 8.

In itself, the magnificent structure is a stellar addition to the city’s architectural heritage—and a lasting brick-and-mortar contribution by a media house in the digital age.

The coverage of the event in the next day’s paper was a monument to megalomania—and media ‘chamchagiri’: 8 photos and 12 quotes of prime minister Narendra Modi on the front page; 3 photos of paper’s chief editor Gulab Kothari whose name appeared in 5 headlines.

But the unctuous coverage did not stop there.

Every day for the last 9 days, the paper has featured the 9 doors of the Patrika Gate on the last column of its front page under the rubric “9 days, 9 gates, 9 messages”—with 9 quotes by Gulab Kothari, 7 quotes by Modi, and two quotes by Rajasthan chief minister Ashok Gehlot. 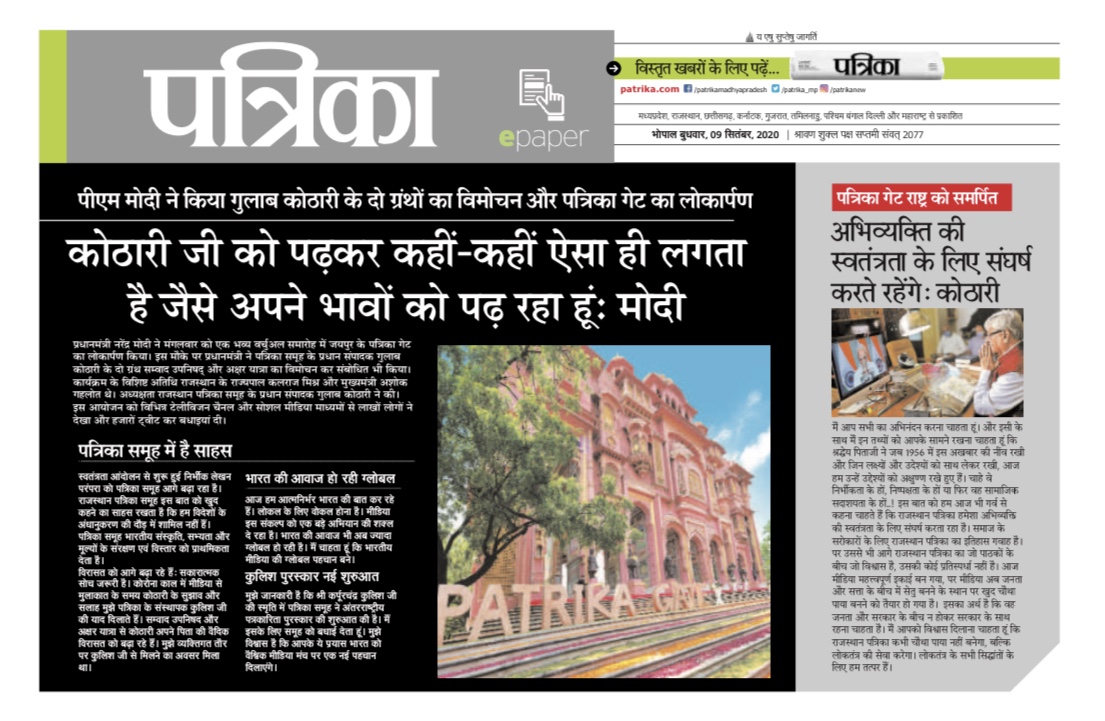 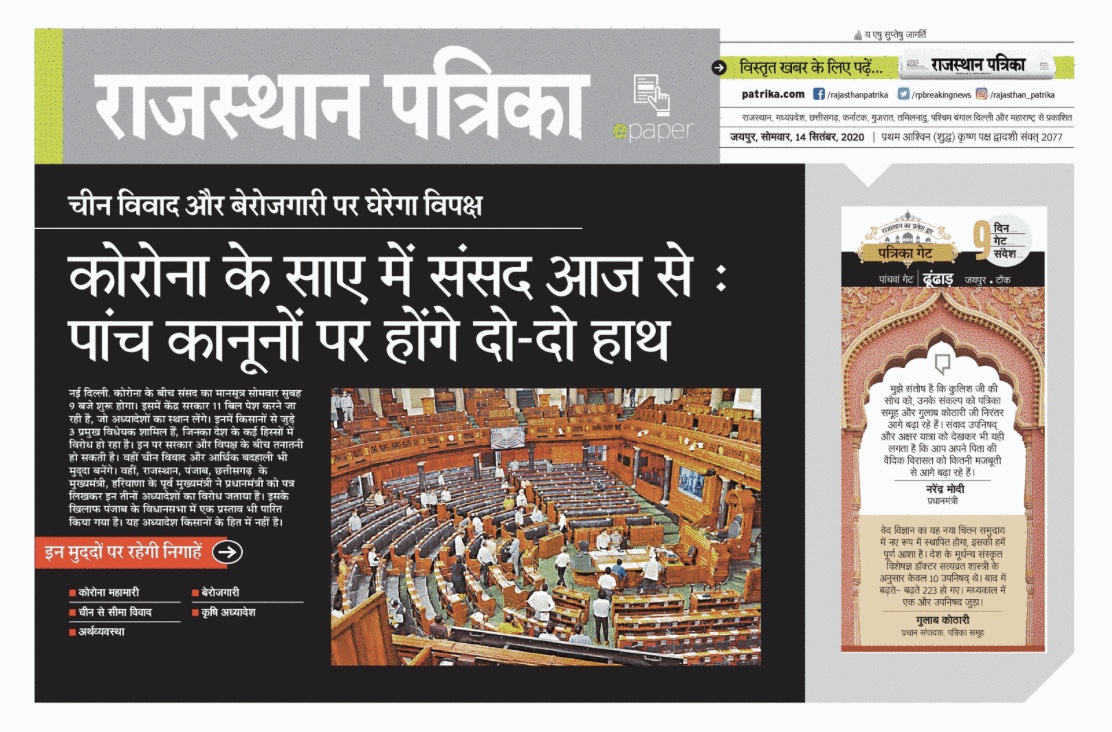 Maybe just good marketing of a structure that must have cost quite a packet.

The striking feature of Rajasthan Patrika‘s coverage of Gulab Kothari‘s interactions with Modi is how a powerful media house views the position of the prime minister vis-a-vis its owner and editor.

In photographs in which the two are together, Kothari occupies the frame, Modi seems more deferential—in many ways a sign that the owner has still not forgotten the bitter squabble that marked Patrika‘s launch in Ahmedabad, when Modi was chief minister.

Below is the Patrika front page when the PM “interacted” with media owners before the announcement of the lockdown in March 2020, in which Modi is dutifully writing down Gulab Kothari’s advice.

Also read: Why Rajasthan Patrika decided to boycott all news of Vasundhara Raje

Rajasthan Patrika, once the BJP’s bugbear, now has Narendra Modi on its speed dial