On page 8 of The Times of India in Bombay today, a name which appeared hundreds of times on the edit page of the newspaper, when it had an edit page for adults: Anthony Parakal.

A former railway employee, Parakal arrived in Bombay from Kerala in 1954, and appalled by the miserable living conditions got into the habit of visiting the library, consulting the dictionary and writing letters to the editor.

In 1993, his name found its way into the Limca Book Of Records and the Indian edition of the Guinness Book Of Records. His files held personal replies from former PMs Morarji Desai, Gulzarilal Nanda and Rajiv Gandhi.

A 2006 profile in the now defunct DNA newspaper noted that Anthony Parakal’s last letter was published in the December 12, 2005 issue of Time magazine.

“His nephew Anup Mathew (20) has shown the most promise. “My brother called me to say that Anup has started writing letters to the editor. Looks like my legacy is going to be carried forward,” he winks.” 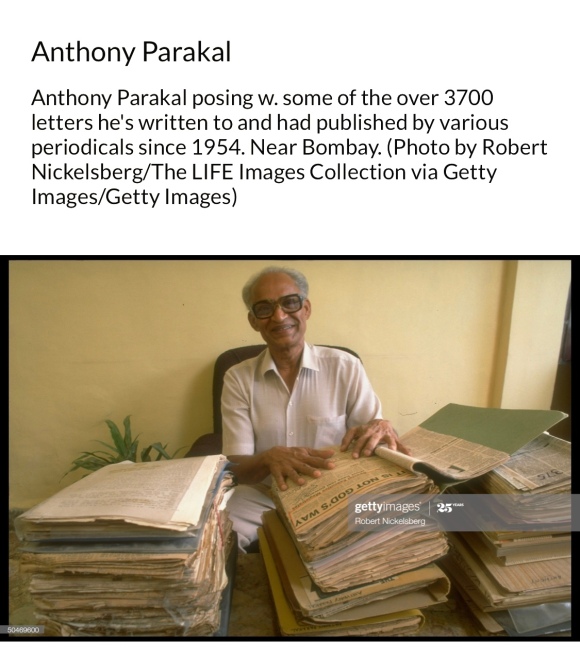 Screenshots: courtesy The Times of India, Getty, The Indian Express