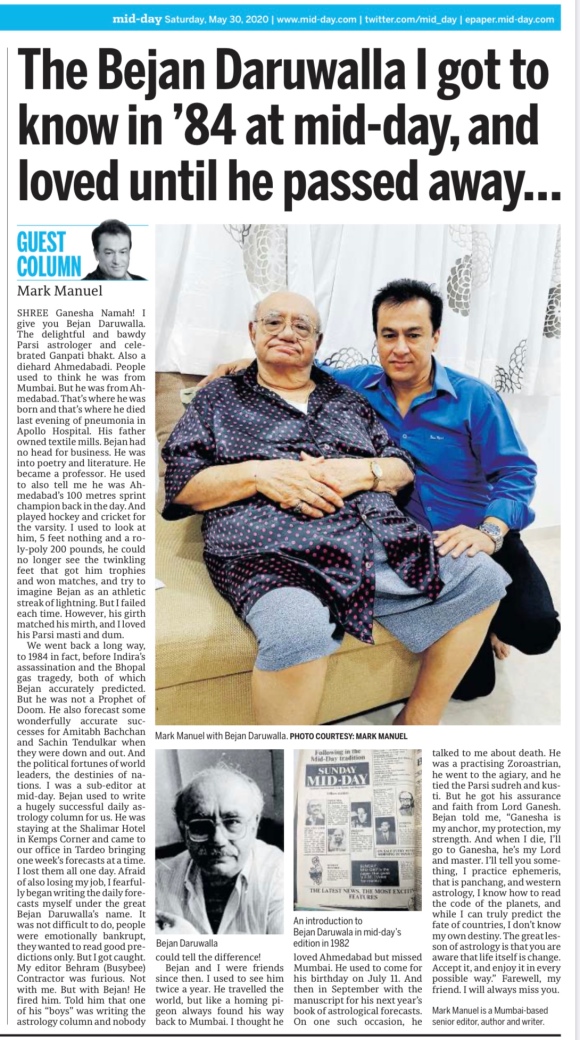 Khushwant Singh said he cooked up the weekly astrological predictions for The Illustrated Weekly of India for a couple of weeks when the designated crystalball gazer was rendered hors de combat.

The claim was difficult to ascertain given the general record of its source.

In the Bombay tabloid Mid-Day, its former staffer Mark Manuel recounts a similar tale, that he wrote Bejan Daruwalla‘s column after losing a pile one week.

“Bejan stayed at Shalimar Hotel in Kemps Corner and came to our office in Tardeo bringing one week’s forecasts at a time.

“I lost them all one day.

“Afraid of losing my job, I fearfully began writing the daily forecasts myself under the great Bejan Daruwalla’name. It was not difficult to do, people were emotionally bankrupt, they wanted to read good predictions only.

“But I got caught. My editor Behram ‘Busybee’ Contractor was furious. Not with me but with Bejan. Told him one of his “boys” was writing the astrology column and nobody could tell the difference.”