The Indian Express published a scorcher of a story by Mahender Singh Manral on Saturday, May 9, that showed that the whole #TablighiJamaat drama was built on what Delhi police now says was a doctored audio, perhaps stitched up.

The reporter was summoned after the paper published the standard denial, threatening legal action which includes a prison term if he didn’t. 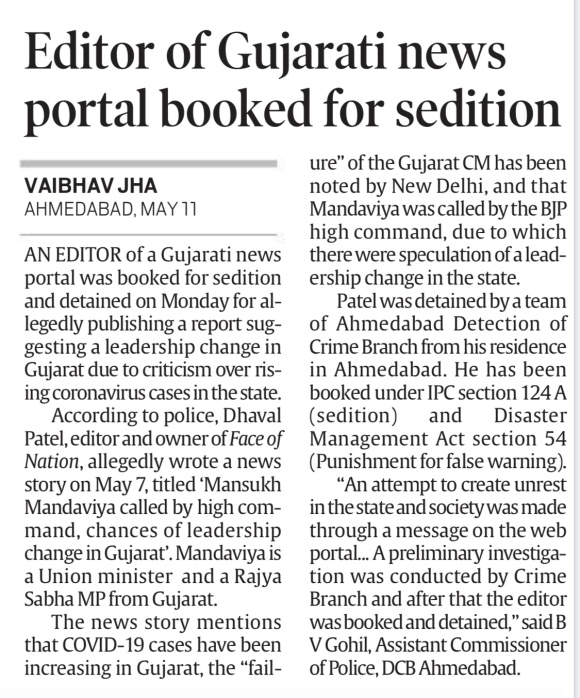 In Gujarat, the mere suggestion that the state may be headed for a change of leadership due to the mishandling of Coronavirus cases has resulted in a sedition case against Dhaval Patel, editor and owner of a news portal.

“An attempt to create unrest in the state and society,” is the police view.