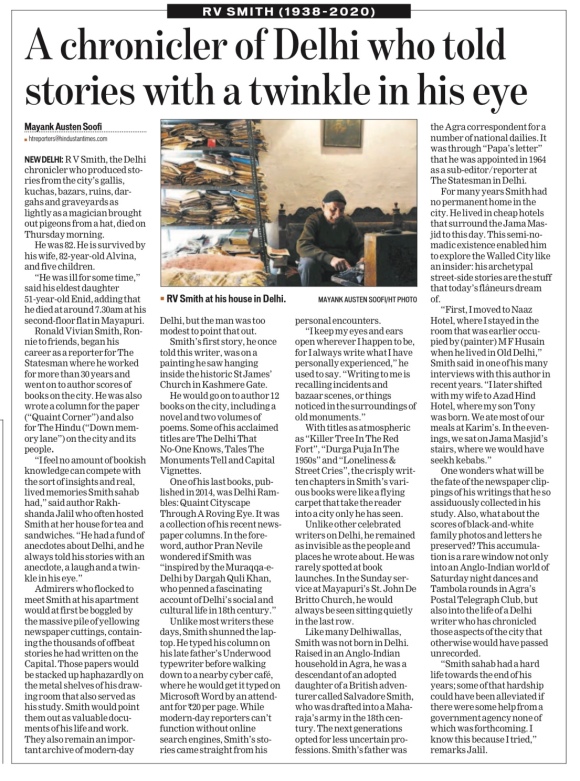 Ronald Vivian Smith aka R.V. Smith, the nomadic chronicler of all things quaint and quirky in India’s national capital, has received the kind of obituaries to die for.

Mr Smith, who worked for The Statesman in its hey day, gets a warm and wonderful sendoff from all newspapers except, of course, The Times of India.

Mayank Austen Soofi in the Hindustan Times, Somya Lakhani in The Indian Express, and Sunalini Mathew in The Hindu paint the picture of a life well lived.

Mr Smith was 83 when he passed on.

From the tributes we learn:

# Mr Smith was an Anglo-Indian who had Armenian, British and Indian blood. He had seven siblings, and five children.

# His father was the Agra correspondent for several newspapers, and it was through “Papa’s letter” he landed his first job.

# At The Stateman, he said the news editor had the luxury of a liveried waiter who brought tea and biscuits on a tray.

# At The Statesman he wrote a column titled “Quaint Corner”, and “Down memory lane” for The Hindu.

# Mr Smith wrote his column on his father’s Underwood typewriter, which was then put into MS Word on a computer at a cyber cafe for Rs 20 a page.

# His last column appeared on April 25, which was a reflection of his own life and what it represented.

# The author Pran Nevile wondered if Mr Smith was inspired to catalogue his city by Muraqq-e-Dilli by the 18th century chronicler Dargah Quli Khan.

# He authored 12 books and two volumes of poetry.

# His first published story was on a painting in the historic Saint James Church at Kashmere Gate.

# Mr Smith initially lived in the same room that M.F. Husain stayed in at Naaz Hotel in Old Delhi.

# He shifted later to Azad Hind hotel where his son Tony was born. Smith was away, and a mid-wife from one of the galis of Old Delhi saw the birth through.

# He went to an angrezi medium school but loved Urdu poetry. He ate most of his meals at the legendary restaurant Karim‘s near the Jama masjid.

# In one of the hotels he stayed, the proprietor was a poet who had seven wives and 28 children.

# Mr Smith thought Haji Faiyazuddin of Haji Hotel knew all there is to know about Old Delhi. 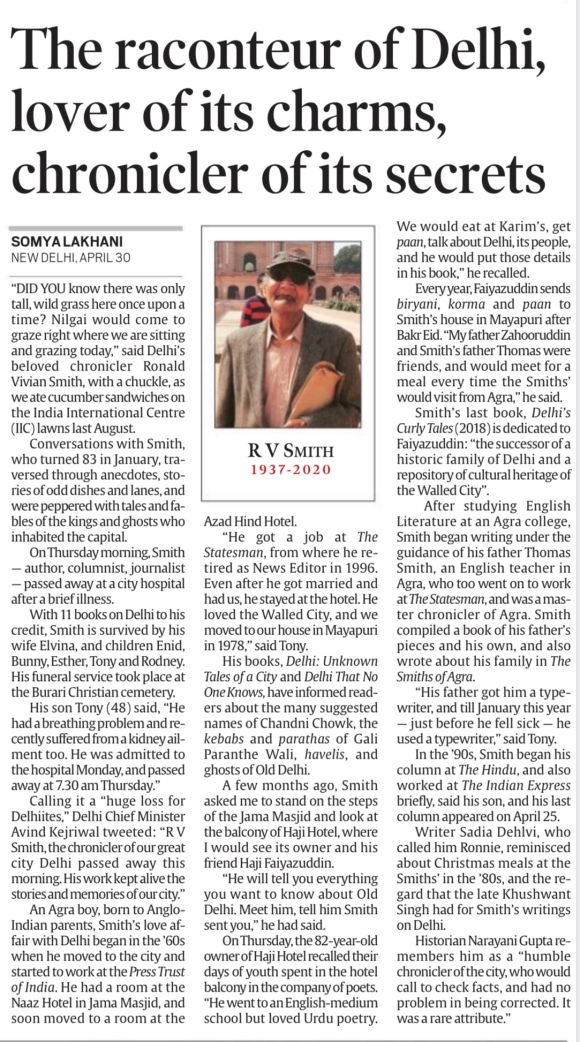 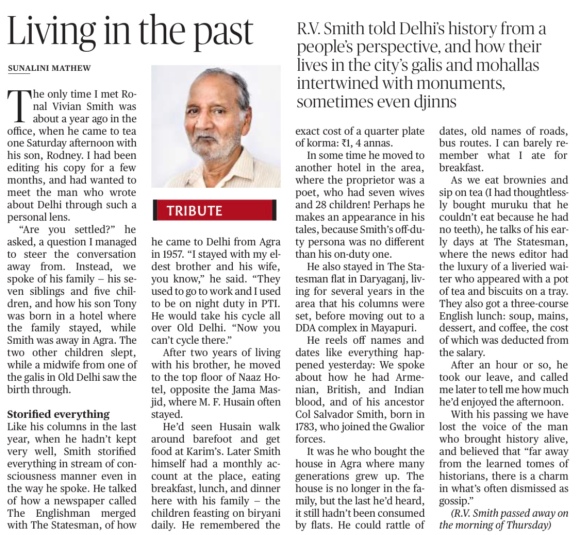 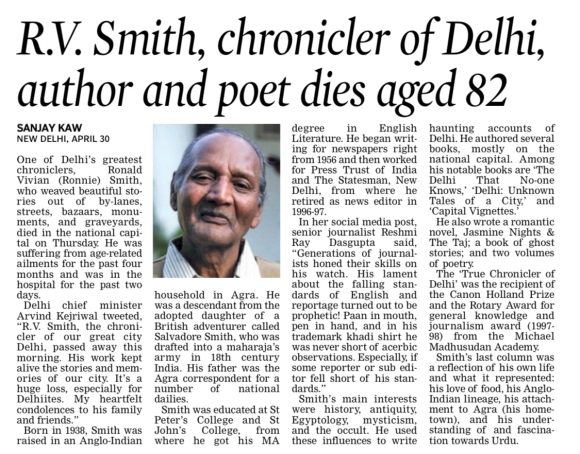