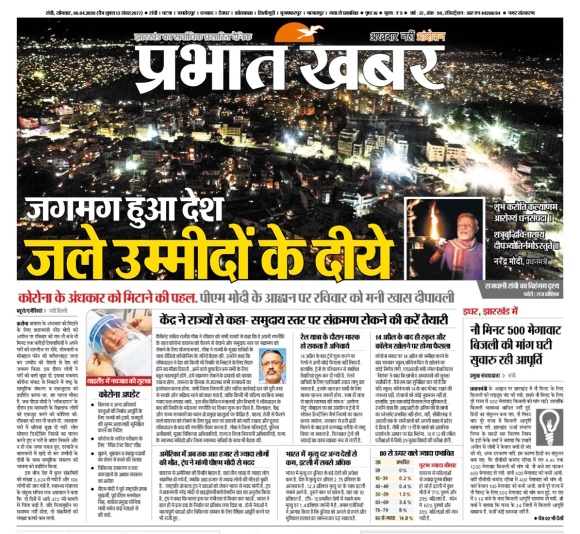 Media scholars believe that the rise of newspaper circulation in the “Hindi heartland”, disparagingly known as the cow belt, is concomitant with the rise and growth of the BJP on the back of the Ram Janmabhoomi movement leading to the demolition of the Babri masjid in Ayodhya.

Certainly, the reforms of 1991 helped in making printing technology easier to access for proprietors and entrepreneurs. And certainly, liberalisation put more money in the pockets of literate Hindi readers, thus enhancing purchasing power and advertiser appeal.

But there can little doubt that the BJP and the Hindi newspapers in the heartland have marched hand in hand, both feeding into (and feeding off) the loud and noisy assertion of majoritarian communalism in the North, and impacting national politics way beyond their little kens.

The coverage of the latest photo-op promoted by prime minister Narendra Modi—the lighting of lamps for nine minutes at 9 pm on Sunday to express “solidarity” with god knows what—provides testimony to the role Hindi newspapers play in mainstreaming BJP-style superstition and obscurantism.

English newspapers are generally sober in their coverage of this cringe-worthy method of combatting the global #CoronaVirus pandemic, but for the Hindi newspapers it is Diwali come six months early with blazing photographs and a triumphalist tone.

Words straight out of the PM’s lexicon—sankalp, samarpan, samarthan etc—leap out of the headlines removing the distinction between journalism and propaganda. Ummeed is all over the place. And the stupid figure of “130 crore” is bandied about without nuance, balance, or critical examination. 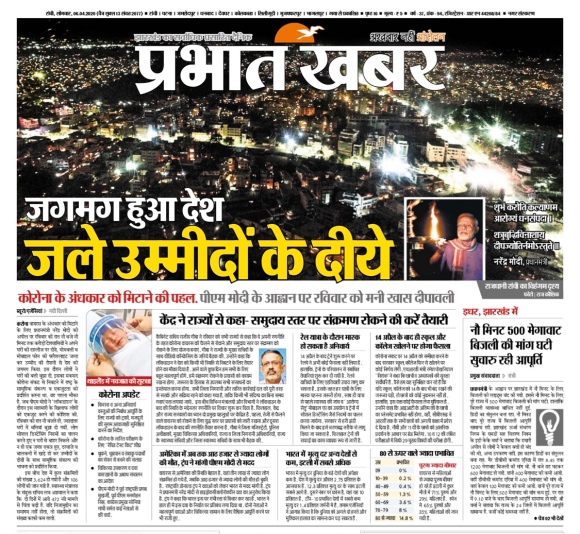 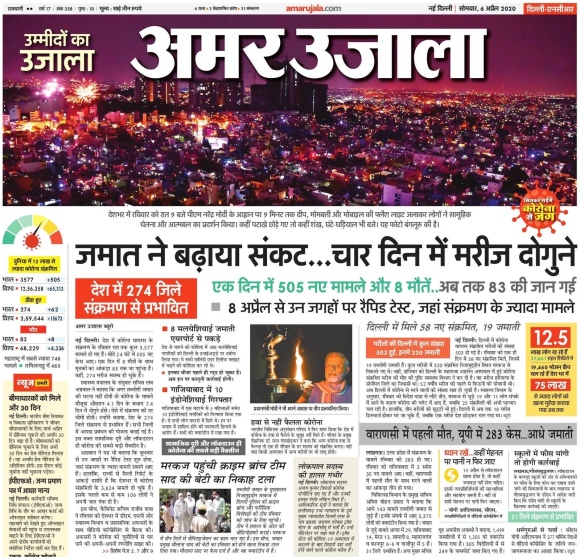 As if to prove the point that Indian politics (and BJP reach) is neatly divided north and south of the proverbial Vindhyas, the coverage of #9pm9minutes gets progressively subdued as you move southwards but it is easy to spot the Telugu, Kannada and Tamil publications which BJP is trying to cultivate as part of its growth strategy. 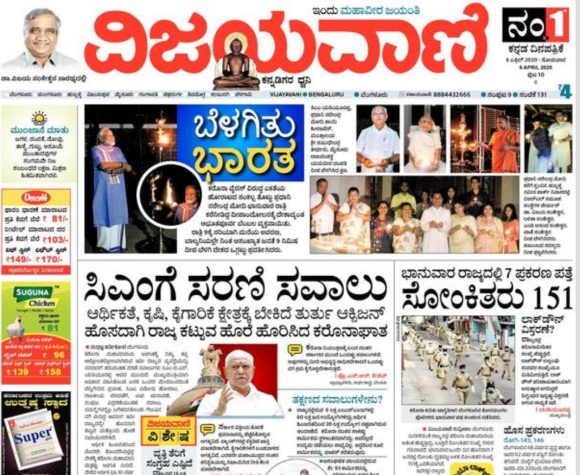 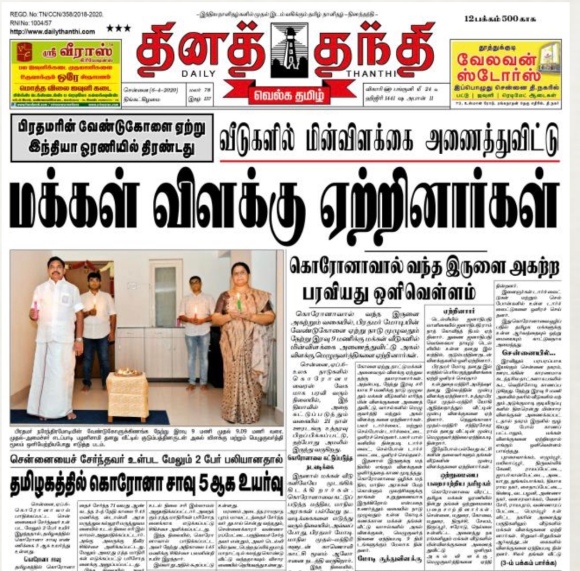 Little wonder, then, that many of the regional newspaper owners were falling over each other to “advise” the PM on how to deal with #COVID-19 during their video interaction with him on March 25.Also read: How language newspaper owners “advised” Narendra Modi on how to shape his response to COVID, six hours before he announced a 21-day lockdown