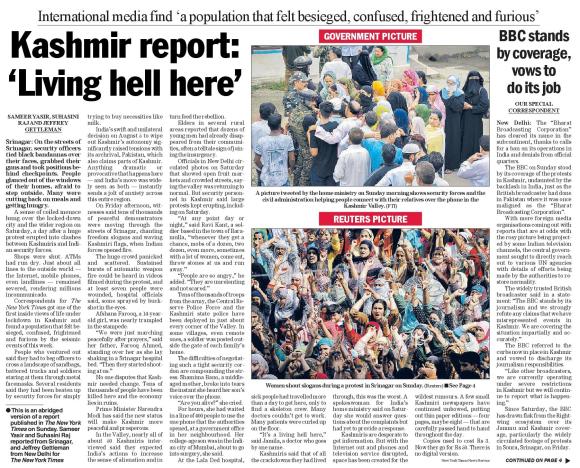 Like so much else since the dawn of civilisation in 2014, journalistic coverage and assessment of the situation in Kashmir after the removal of Article 370 in the Valley has been severely polarised.

On the one side is a contest between the establishment view of the Narendra Modi government, and the independent view of foreign news outlets like the BBC, The New York Times, Reuters, Associated Press, and Al Jazeera.

It is a view so dramatically different that The Quint headlined an article: are foreign and Indian media reporting from the same place? 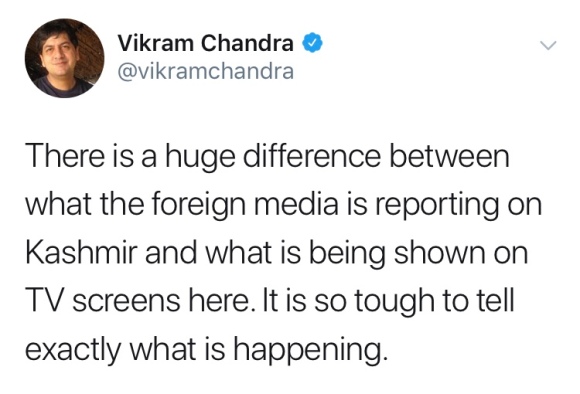 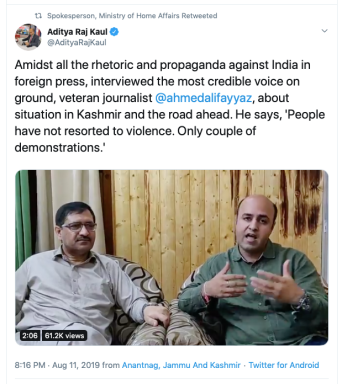 Al Jazeera, the Qatar-based channel, too produced its own “exclusive” video.

The evidence—of anger, protests, assembly—is so contrary to that being dished out by the various private Doordarshan channels, pamphleteers and news agencies—of peace, calm, order, and compliance—that the government has itself jumped into the picture, according to a report in the Economic Times.

As has become the norm since 2014, “non-state actors”, most of them in an ideologically divided media fraternity, quickly jumped in to provide ballast to the establishment narrative that all was well in Kashmir. 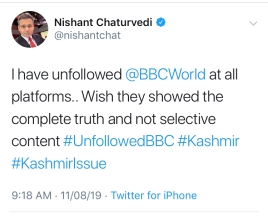 Nishant Chaturvedi, an editor at the Hindi news channel Aaj Tak, dissed the BBC report, and Abhijit Iyer-Mitra, an “independent” defence analyst punched holes in the BBC video, which was quickly latched on to by Vijay Chauthaiwale, a BJP worthy who is in-charge of the foreign affairs department of the BJP.

But the BBC stood its ground more than once. And its report was affirmed by The New York Times and The Washington Post. 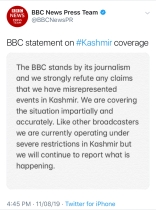 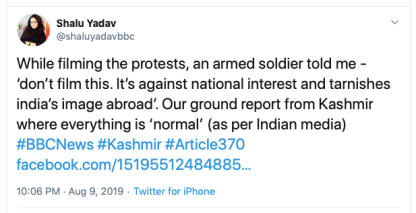 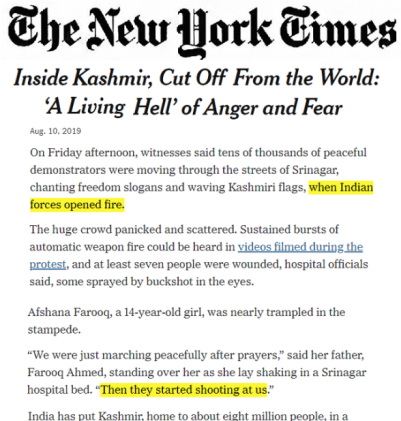 The divisions within the Indian media are manifest in two other ways.

The first is a full-blown tug-of-war between Kashmiri Pandits who are in Indian journalism and have flown into the Valley for coverage—and the mostly Muslim journalists based in Srinagar.

The latter have complained that they are not being issued curfew passes by local authorities, that they are questioned, abused and even beaten at police barricades, that they do not have access to file stories or publish newspapers.

The former, they allege, are having a bit of a picnic. 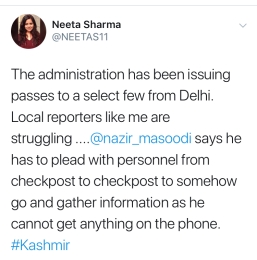 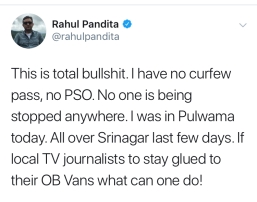 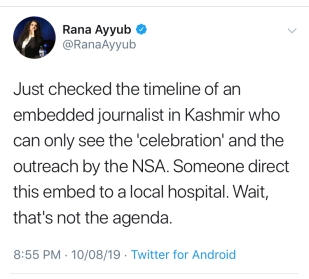 The divisions are so clear that there is a competition on the best resources to follow for Kashmir coverage, with inputs from across the border. 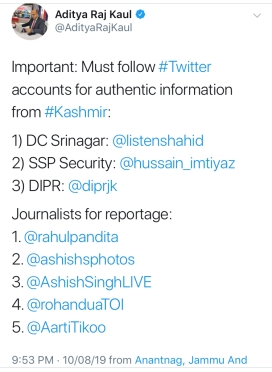 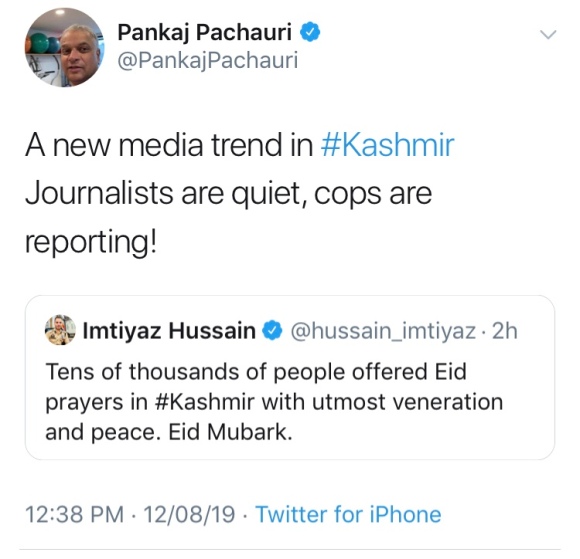 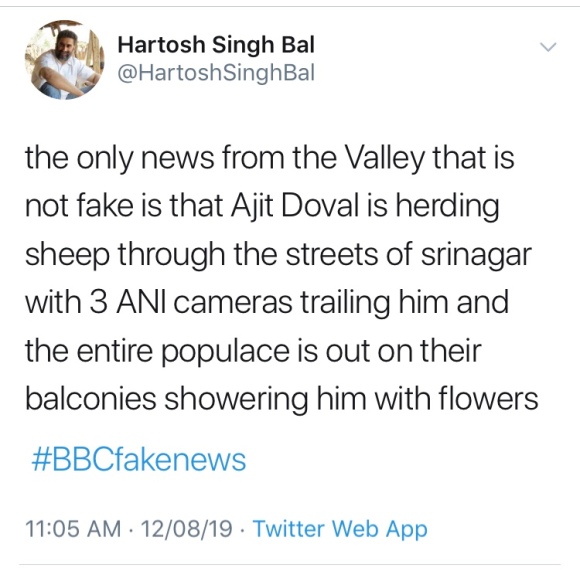 How journalists are getting their stories out from Kashmir

No newspapers for three days and no one is bothered

Strict orders not to give curfew passes to local journalists