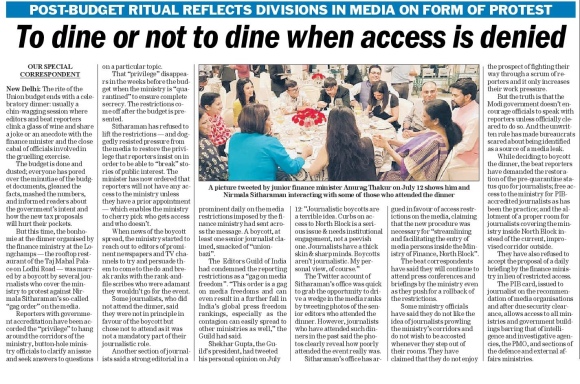 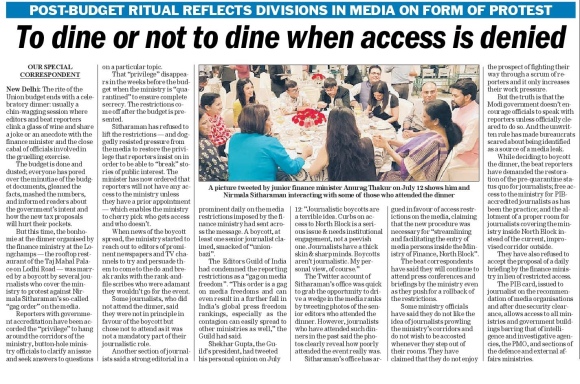 The unintended consequences of the Union finance ministry’s decision to bar entry to journalists pre-screened by the Union home ministry.

“Some ministry officials have said they do not like the idea of journalists prowling the ministry’s corridors and do not wish to be accosted whenever they step out of their rooms. They have claimed that they do not enjoy the prospect of fighting their way through a scrum of reporters and it only increases their work pressure.

“But the truth is that the Modi government doesn’t encourage officials to speak with reporters unless officially cleared to do so. And the unwritten rule has made bureaucrats scared about being identified as a source of a media leak.” 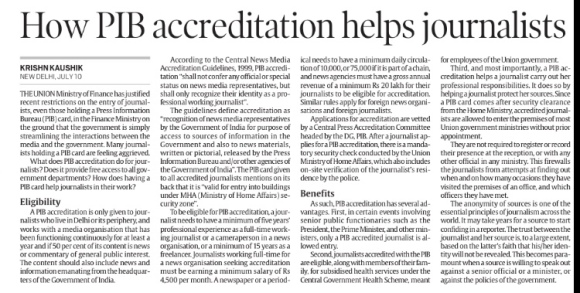 Screenshots: courtesy The Telegraph and The Indian Express