Not so, of course.

Sachin Kalbag was just 42 and in the prime of his career when he collapsed at work. It was not a lifestyle or work-related issue. A congenital defect had decided to whip out its dark visiting card in a well-lit newsroom.

Kalbag, now executive editor of the Bombay edition of Hindustan Times, has recorded his thoughts on what happened and how he came back from the brink—and what he learnt from the experience—in a series of tweets. 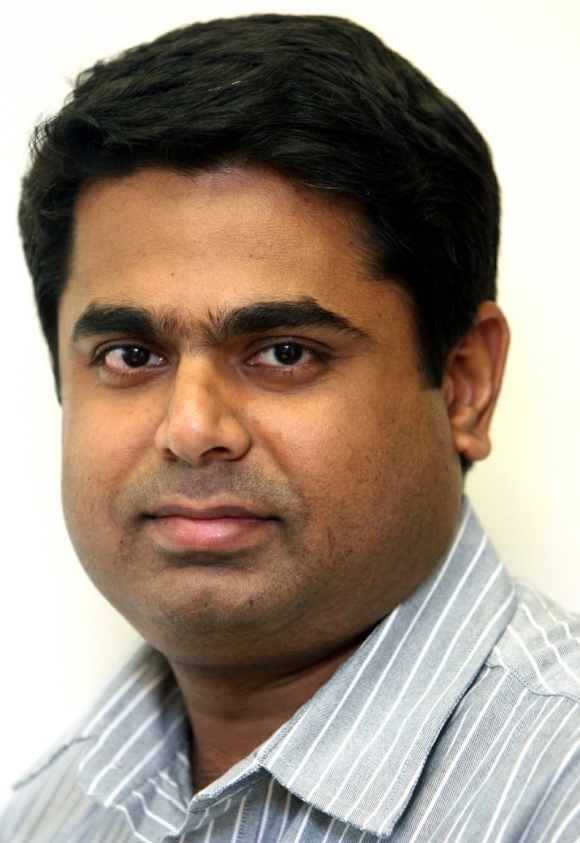 On April 28, 2016, around 4 pm, I was at The Hindu office in Mumbai when, in a matter of seconds, I was gripped by an intense headache, as if a 5-ton wrecking ball was hitting my temple from the inside.

I could barely walk to the washroom 7 metres away before puking my entire lunch out. I had no idea what was going on. My knees were giving away, and the headache intensity just kept increasing.

That was the last thing I remember before waking up the next day in the neurology ICU of Bombay Hospital. There were tubes in my mouth, the usual IV drips, and a pipe protruding out of the back of my head with blood dripping into a bottle.

Here’s what had happened.

I had had a brain haemorrhage on account of a condition I was born with, but one that nobody knew and was never detected. It is called Arteriovenous Malformation (AVM).

I had collapsed in my office washroom.

There were only three others in the newsroom that afternoon and it was only sheer luck that a colleague walked in and saw me sprawled on the floor.

They tried to revive me, but I could not even talk.

After some deliberation, they decided to lift me and take me to Bombay Hospital. I am not lightweight, so it must have been tough. The ambulance took ages, so they took me in a colleague’s car.

All this, I was told later, took 45 minutes.

I do not know what happened when I was taken to the emergency room, but suffice to say, that I was unconscious during this entire period, and it only took the ingenuity of the doctors to realise what was wrong.

In the category of brain surgeries, mine was a medium-risk operation since the AVM was not deep inside the brain. But a lot of time had been lost due to me being unconscious and unable to express my symptoms for them to make an accurate diagnosis.

Once they realised the cause, an emergency surgery was planned. The hospital assembled a team of neurosurgeons, neurophysicians, radiologists and an anaesthetist.

My family members were called.

My wife was given a consent form to sign.

Meanwhile, due to the continuous bleeding, I was partially paralysed on the left. The doctors told my wife that if the surgery succeeds, I could regain control, and that a partial paralysis was not a big deal, given the circumstances.

The surgery – which was essentially to stop the bleeding and stop the advancement of the paralysis – took around six hours, two longer than expected. I had survived, but the surgery to remove the culprit AVM was planned for a few days later.

First, they had to detect the exact location of the AVM, for which an angiography had to be done. Anyway, the found the location and removed the AVM four days later, and put a piece of my skull (which was removed during the first surgery) back in place.

It took me around six weeks to recover enough to resume work.

When I returned, I wrote this piece to explain my spiritual state of mind.

Then, this year, I read an article by Games of Thrones star Emilia Clarke on her brain condition. Her symptoms, her experience and her recuperation were so similar to mine, it is a story I can tell my grandchildren.

Anyhow, here are the learnings from the incident. I am listing them so that you don’t have to go through an experience worse than mine.

1) If you are the middle of an unusual medical/health experience, do not wait. DO NOT WAIT. Just go to the nearest doctor or hospital.

2) There is no one more important than your family, incidents like this one let you understand who loves you the most.

3) My wife and my in-laws were with me 24 hours of the day. My cancer-stricken cousin flew in from another city along with her brother. My childhood neighbour took care of my mother, who has Alzheimer’s and needs 24-hour care.

4) My colleagues’ decision to not wait for the ambulance and to take me in a car to the hospital probably was the most crucial in saving my life. Another hour lost, and I might have not made it. The ‘Golden Hour’ is extremely critical.

5) I am absolutely indebted to the team of neurologists at Bombay Hospital, whose quick diagnosis and exemplary speed and dedication during the emergency surgery saved my life, without any degradation in its quality.

6) But I am most thankful to my wife, who stood like a rock. I can’t imagine the pressure and anxiety waiting outside the Operation Theatre for so many hours. Twice in five days, and then to deal with my pain, my hallucinations, etc, was quite something.

Thank you for listening to my story.

Here’s to a healthy life ahead. Once more, the ‘Golden Hour’ is the most important hour of your life.

Moral of the story: If something unusual (medically) is happening to you or a family member, do not waste any time. Go to the hospital right away.