Can a TV news channel promise, before hand, not to air content that a political party or politician might later consider false or defamatory, or both?

The answer is obvious, but not so in the bizarre world of Tamil politics and media where conflict of interest is a recurring theme.

Last week, the Pattali Makkal Katchi (PMK), an ally of the BJP in the 2019 general elections, secured a temporary injunction against the “independent” news channel ‘Puthiya Thalaimurai‘ (Tamil for new generation) from the Madras High Court.

The party argued that ‘Puthiya Thalaimurai‘ harboured personal vendetta against PMK, its president S. Ramadoss and its youth wing chief, Anbumani Ramadoss, after the party had flagged the capitation fee menace in educational institutions run by the channel’s founders in 2016.

But the channel has said that it would not be able to provide any undertaking that it would, per force, carry a rebuttal whenever any panelist ended up making derogatory comments against PMK or its leading lights.

Also, for the record, PMK owns its own TV channel, ‘Makkal TV’ (Tamil for people’s TV). 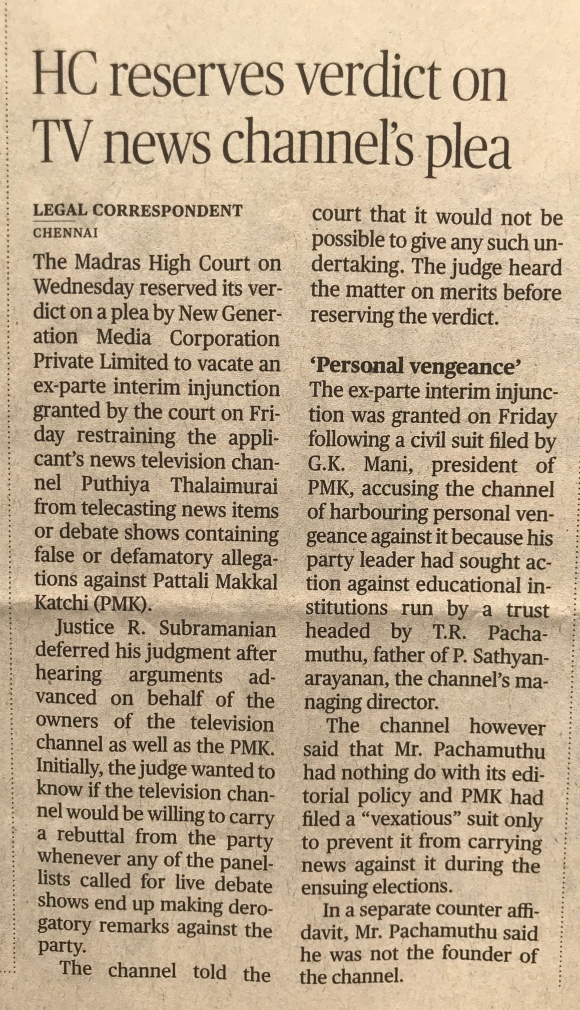