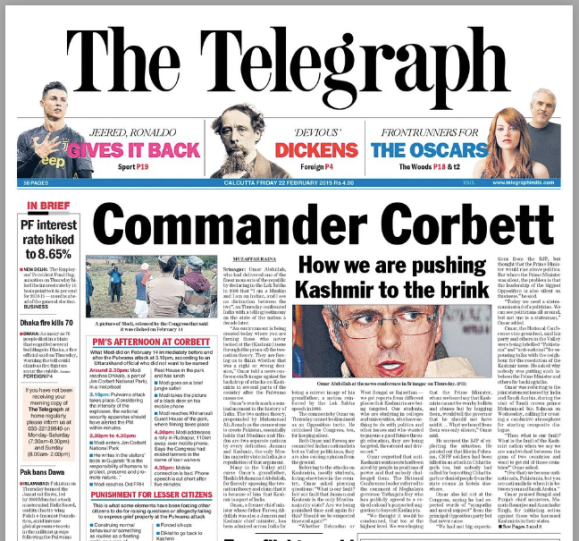 “Speaking truth to power” is said to be the raison d’être of journalism. “Comforting the afflicted; afflicting the comfortable,” is another variation of it. How well Indian media is performing those duties is evident on the front pages of today’s mainline dailies.

On February 14, the day of the deadliest attack on Indian paramilitary forces in 30 years of militancy in Kashmir, Prime Minister Narendra Modi was incommunicado for nearly a couple of hours.

On February 15, the Hindi daily Amar Ujala reported that Modi was shooting for a Discovery channel documentary in Corbett National Park, with a picture of the PM in a boat, and a copy of his comments (in Gujarati) in the guest book.

On February 17, there were a few tweets capturing the irony of “modern-day Nero” (as the Supreme Court termed Modi for his dereliction of duty during the Gujarat 2002 pogrom) in his new role as Narcissus.

When you are @pmoindia, life is an endless photo-op. On Thursday, February 14, as the @crpfindia men were being blown to bits because the Centre wouldn't airlift them, @narendramodi was shooting in Corbett National Park for @Discovery channel documentary. #Pulwama @AmarUjalaNews pic.twitter.com/F5fuoQ1RZQ

On February 21, the Congress party called a press conference and broke the week-long ceasefire, drawing attention to the PM’s nonchalant cinematic escapades on the day nearly 50 jawans lay dead or dying.

The charge—that for nearly two hours or more the prime minister of India was blithely going ahead with his scheduled events—would, in ideal circumstances, have been a magnet for newspapers eager to reveal the BJP’s sanctimony.

But these are not ideal circumstances, and today’s front pages of the English papers, barring The Telegraph are illustrative of the easy ride Modi and BJP are getting.

Of the Hindi papers, including Amar Ujala which reported Modi’s excursion into the wild, the less said the better. 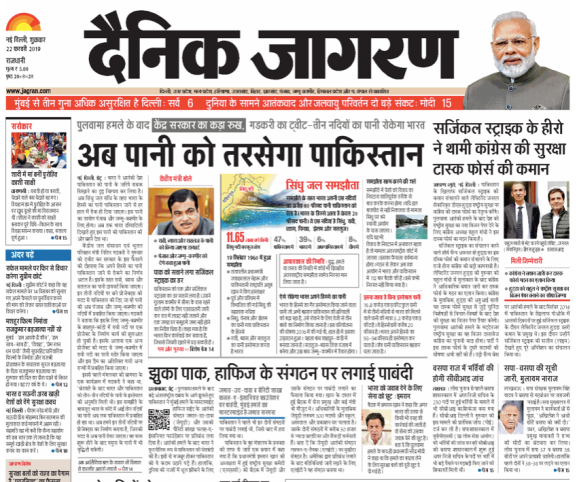 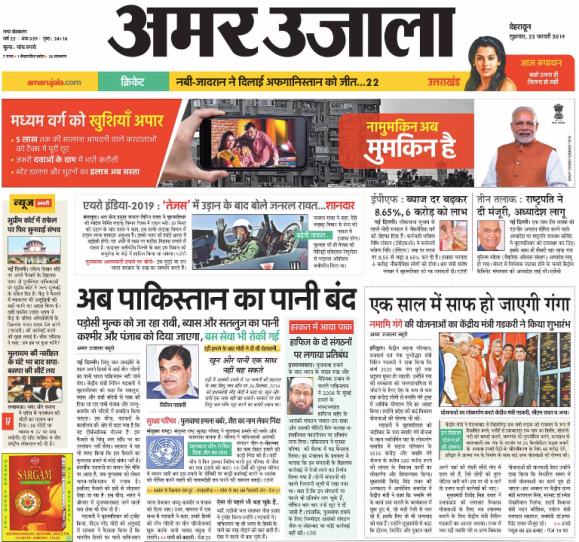 Only The Telegraph goes the extra mile to find out what Narendra Modi was doing in the first 100 minutes after the #Pulwama attack. 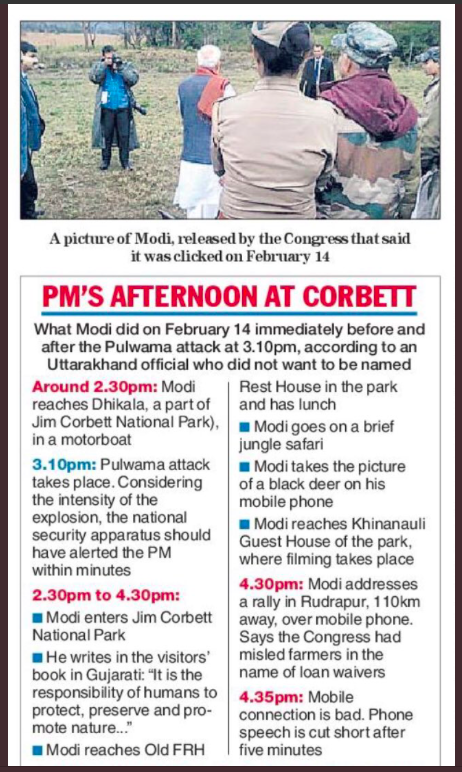