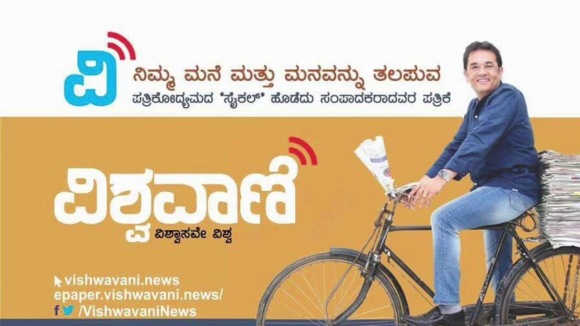 The valedictory function of the silver jubilee of Kannada University—a University set up in Hampi in Karnataka 25 years ago to celebrate the state’s language—has been abruptly postponed following protests over the participation of a newspaper Editor.

The event, scheduled for January 31 and February 1, was put off after students and professors objected to the University’s decision to invite Vishweshwar Bhat, the Editor of the Kannada daily Vishwa Vani, to release books brought out by the University.

Below is a report in some editions of The Hindu on the postponement: 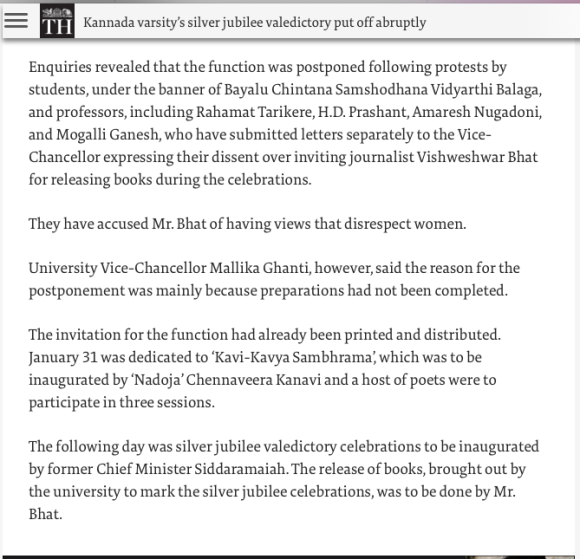 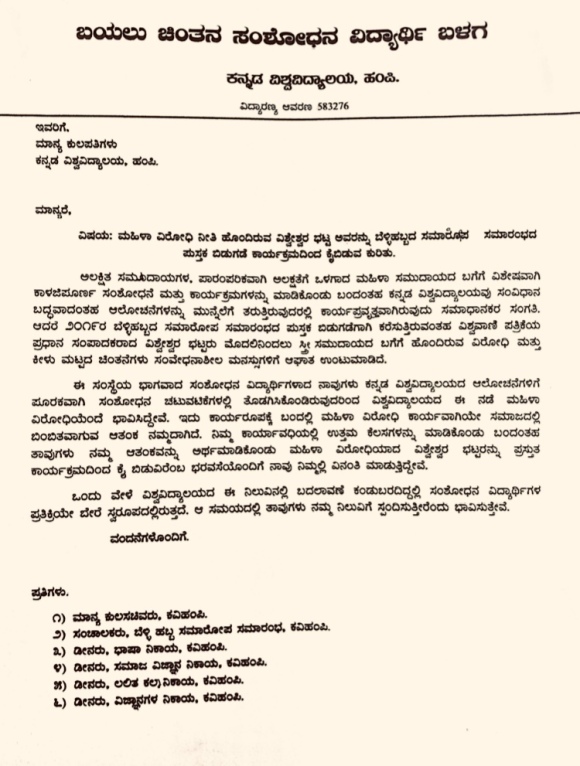 Although the students in their memorandum alleged Bhat held misogynistic views from the beginning, the immediate provocation may have been a couple of off-colour tweets by Bhat, one relating to the #Sabarimala episode and the other to the “United India” opposition rally organised by Mamata Banerjee in Calcutta.

In the Sabarimala tweet, Bhat wondered if the temple rule that men should enter without a shirt would apply to women some day.

In the Mamata Banerjee tweet (below), Bhat, an inveterate punster, punned on Mamata inviting Narendra Modi‘s rivals to her ‘Manch’. (Mancha is bed in Kannada.) 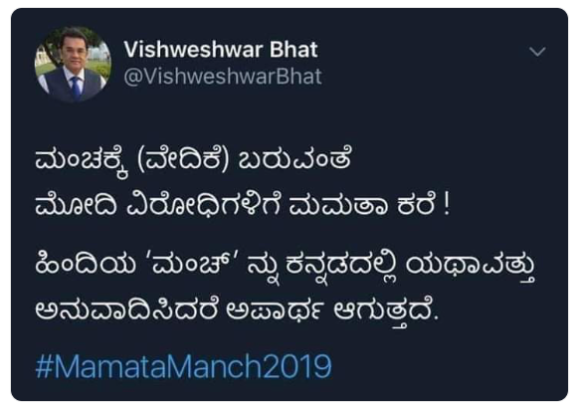 Supreme Court advocate Brijesh Kalappa, a Congress TV talking head, called the Mamata tweet the “nastiest anti-women statement ever made” and urged the women’s commission of Karnataka to take note and initiate suo motu action. But Bhat retorted that the filth was in Kalappa’s head.

Vishweshwar Bhat was an officer on special duty to the now deceased Union minister Ananth Kumar in the Atal Bihari Vajpayee government.

He was earlier Editor of Vijaya Karnataka (owned by former BJP MP Vijay Sankeshwar before it was bought by The Times of India group) and Kannada Prabha (owned by BJP MP Rajeev Chandrasekhar) before he launched Vishwa Vani.

He is also the author of 66 books, including translations.

In 2010, when the BJP’s B.S. Yediyurappa was chief minister, a decision of the Karnatak University in Dharwad to award him an honorary doctorate was spiked by Governor H.R. Bharadwaj.

The former high court judge M.F. Saldanha, as chairman of the Karnataka chapter of Transparency International, the Berlin-based “coalition against corruption”, had shot off a letter to the University and to the governor questioning the choice of Bhat.

“…the person concerned has been primarily responsible for instigating and fuelling communal hatred by regularly publishing extremely volatile and offensive articles and editorials in his paper, all directed against the minorities, particularly the Christians and Muslims as also against Dalits,” read a section of Justice Saldanha’s letter to the University.

In 2012, Bhat was the alleged target of a plot to kill him, his star-columnist Pratap Simha, and their former Vijaya Karnataka publisher Vijay Sankeshwar, in which a Deccan Herald journalist was falsely implicated.

Simha is now a Lok Sabha member from Mysore. 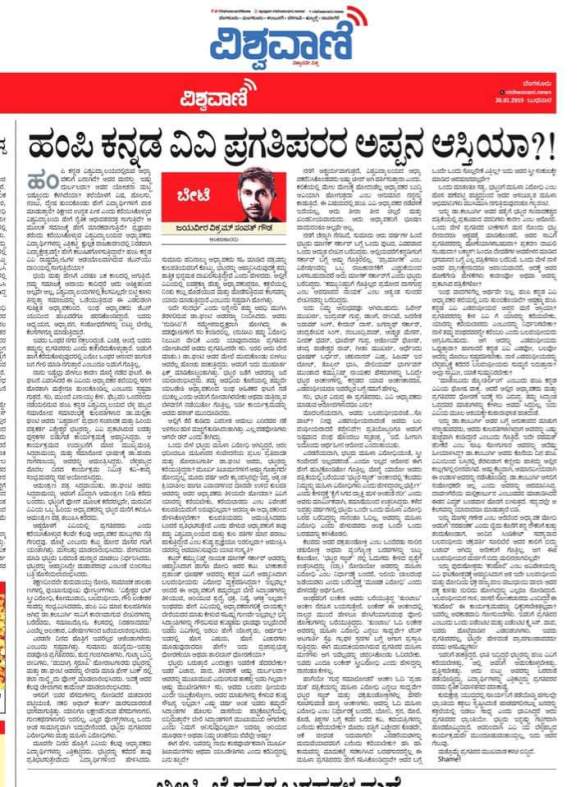 There is a near-identical headline and edit page article “Are Universities the fief of Left wingers?” in a right-leaning Kannada newspaper Hosa Digantha, edited by Vinayak Bhat Muroor, a protege of Vishweshwar Bhat. 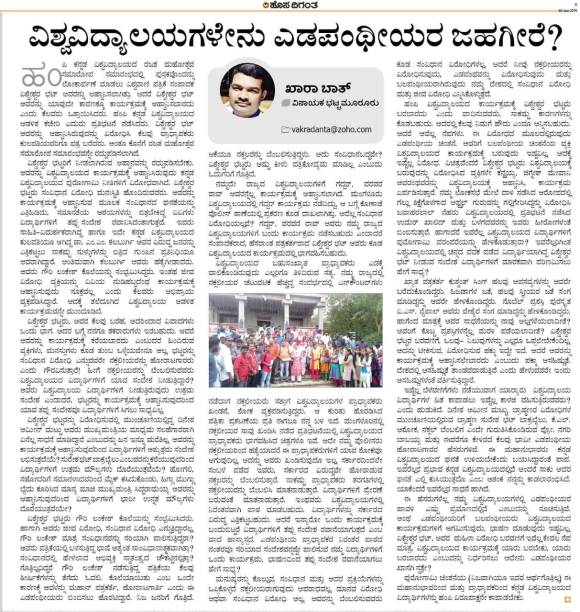 As they say: “Once is an accident, twice is a coincidence, thrice is enemy action.”