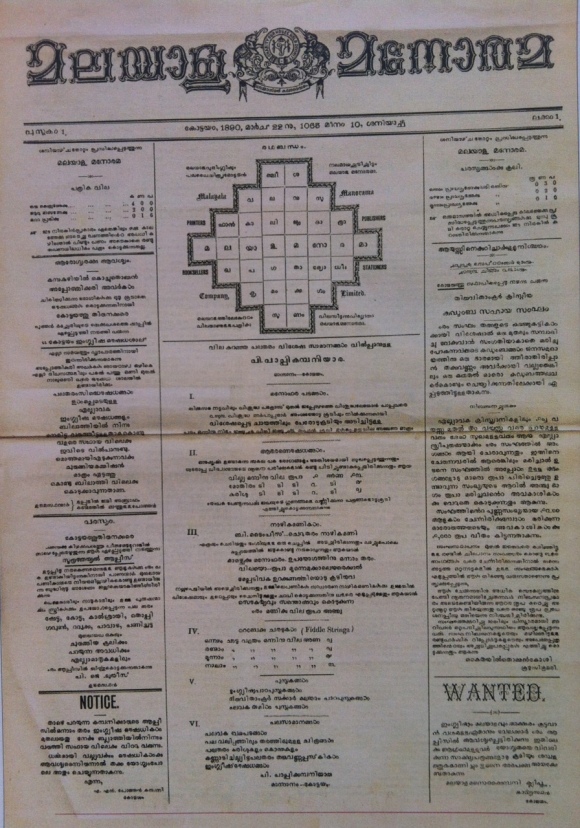 Malayala Manorama, once India’s largest selling newspaper before being overtaken by Dainik Jagran and The Times of India, has just completed the valedictory of its quasquicentennial celebrations.

Above is the first issue of the paper, which began as a weekly, published on March 22, 1888.

Below is the March 13, 2014 issue, which captures prime minister Manmohan Singh lighting the ceremonial lamp at the valedictory of the 125th anniversary in Delhi, with the paper’s chief editor Mammen Mathew at extreme right and executive editor Jacob Mathew, second from left.

Below is Ajit Ninan‘s magnificent cartoon of INS Manorama, with all the group’s (mostly bespectacled) captains, stewards, boatswains, navigators, and satellite systems, in position.

A Spanish hand behind a Malayalam newspaper

The dodransbicentennial of The Times of India