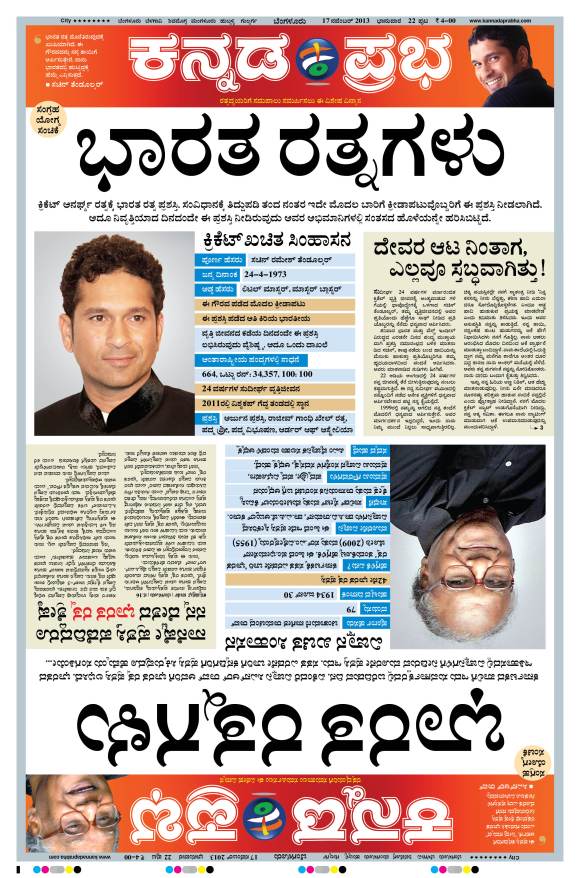 How should a Bangalore newspaper deal with the nation’s highest civilian honour, the Bharat Ratna, being bestowed on two individuals on the same day, one of them a much-loved cricket icon, the other a homegrown Bangalore scientist?

Kannada Prabha, the Kannada daily edited by Vishweshwar Bhat, deals with the dilemma by producing a front-page with two front pages and two mastheads but the same headline: one half for Sachin Tendulkar, and the other half for C.N.R. Rao.