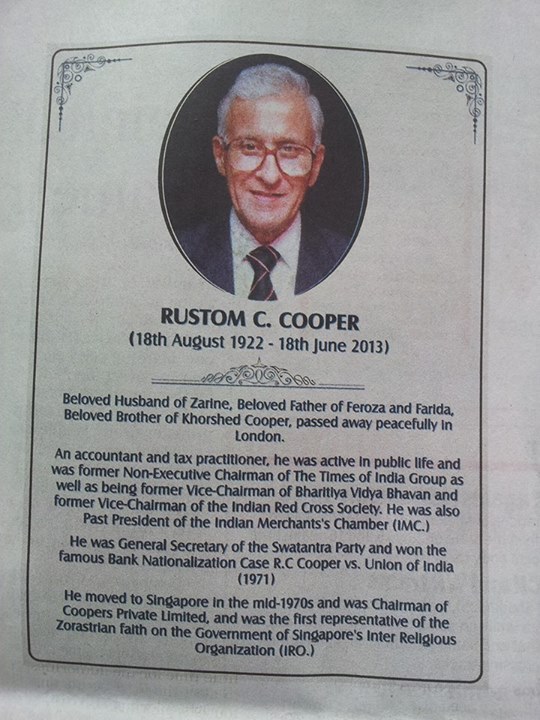 sans serif records the demise of Rustom Cowasjee Cooper, a former non-executive chairman of The Times of India group, in London on Tuesday, 18 June 2013. He was 91.

Mr Cooper, an accountant by training, won the bank nationalisation case in 1971 and was a general secretary of the Swatantra Party, C. Rajagopalachari‘s party that was opposed to Nehruvian socialism.

Hat tip: Law and other things