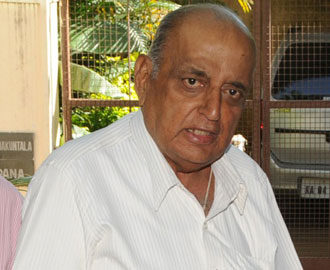 There are few more misleading terms in Indian journalism than the phrase “national media”.

Only those who flit around in the rarefied circles of Delhi and Bombay, rubbing shoulders with the high and mighty, qualify; everyone else is “upcountry”. Only the bold-faced names from big English media houses are supposed to be national; everyone else is smalltime, moffusil—even “downmarket”.

In reality, our media is richer because of the sweat and toil of hundreds of fine journalists in far corners, who carry on manfully for years, if not decades, without reward or recognition and often times without the expectation of both. Here, a veteran  journalist remembers his first “Chief” who hired him 41 years ago; a guru who would have been a “national” name if only he didn’t suffer from the fear of flying.

By A. SURYA PRAKASH

Indian journalism lost a giant earlier this week with the passing of V.N. Subba Rao, a top-notch political analyst, a prolific writer and a guru who trained hundreds of journalists in a career that spanned six decades.

He was arguably the best-informed political journalist in Karnataka in his hey day; a lover of cinema with an authoritative grip on the history and art of film making and a film critic of repute; a lover of art and culture; and an authority on Kannada literature.

VNSR, as he was affectionately known, also had other qualities which put him way ahead of his peers in the world of journalism. He was a brilliant teacher and a builder of teams and, given his varied interests, a man who could boast of friends in every walk of life.

VNSR was also a lover of words and produced eminently readable copy at a pace unmatched by anyone in his time. His day would begin early and he would walk into the office of the Indian Express on Queen’s Road, Bangalore, around 9 pm with more than a couple of news stories under his belt.

He would order some tea, set paper to typewriter and get down to doing the story of the day. From then on, all one heard was the clatter of the typewriter, with the peon walking in every ten minutes to take the typed sheet, which VNSR would yank out of the machine, to the desk, which would be waiting anxiously for what would invariably be the lead story in the paper next morning.

But, VNSR’s output for the day would not end with this important political copy.

He would have other things to write about—a film review, an interview, or even a routine announcement of a theatre or film festival from a press conference he had attended.

He was equally prolific in Kannada.

So, after a hard day’s work, VNSR and many of us who were just hanging around, waiting for “The Chief” to finish, would hop into what we called “the sheep van” or “the dog van” – those rowdy, robust mid-sized trucks in which newspapers were dispatched past midnight to various destinations in the state – and get dropped at our homes.

Given this routine, some of us were late risers, but for VNSR, his phone would start ringing from seven in the morning. Often the first caller would be the Chief Minister of the day: D. Devaraj Urs, R. Gundu Rao, Ramakrishna Hegde et al.

The caller would invariably praise VNSR for his deep insight into the political games the ministers were playing behind his back. This would be followed by phone calls from ministers offering fresh inputs or from the director and the stars of the movie which he had reviewed.

Everybody loved reading him because when VNSR had something good to say about a person or his work, the person written about would love to cut and frame Subba Rao’s piece.

I first met VNSR in 1971 when I walked into the Express office wanting a job.

VNSR made a simple offer. He said he would give me assignments for a week. If he felt I would fit into his team, he would hire me. “I need to see if you have news sense and if you can write clean copy” he said.

A few days down the line he said “you are hired!”

That decision of VNSR changed the course of my life. Since then, it has been a roller-coaster ride for me and has taken me from print to television to media teaching and scholarship and to my current status as a columnist and author.

By the mid-1970s VSNR had a bureau in Bangalore which was the envy of every other newspaper. Since he kept a punishing 14-16 hour work schedule,that became the norm for all his “boys” and so, most of us would hang around till the late hours and plan stories and features.

VNSR hired and trained hundreds of journalists and it’s impossible to remember all of them.

Apart from those whom he hired and trained, he was the Guru to hundreds of journalists from other print and television establishments who sought him out each day for a better understanding of events and personalities. Among those who belonged to this extended Shisyavarga of VNSR was Kestur Vasuki, a seasoned television and print journalist, who is currently with The Pioneer and many young television journalists who would catch up with him at his favourite watering hole– The Bangalore Press Club.

He demanded nothing but complete commitment to work and had his own unobtrusive way of teaching us. That is why, on his passing the Samyukta Karnataka described him as “The Dronacharya of Journalism”.

VNSR was also a builder of teams and encouraged team work and this produced excellent results when big events happened in the state. One event that is often remembered in the Indian Express family is our coverage of the landmark Chickmagalur by-election in November 1978 (in which Indira Gandhi contested against Veerendra Patil) that attracted global attention.

The Express’ coverage of Chickmagalur was unmatched.

VNSR held many senior editorial positions in several newspapers and wrote for many more. Kannada Prabha, Samyukta Karnataka, Deccan Herald, Vijaya Karnataka, Newstime, Mid-Day and the Kannada political weekly Naave Neevu and film magazine Tara Loka of which he was the founder-editor. But, he gave much of his blood and sweat to The Indian Express and was the pillar of the Bangalore Edition of that newspaper during the days when the fiery Ramnath Goenka ruled the roost.

In VNSR’s departure, I have lost my Guru and Indian media has lost a consummate journalist and a legend.