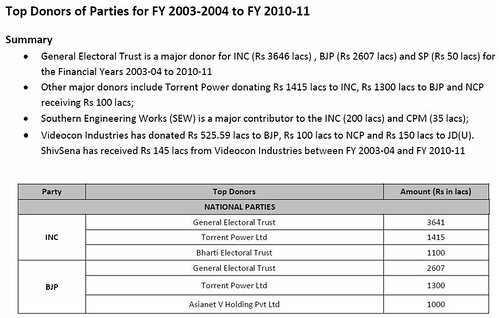 Mobile phone turned media baron and member of Parliament, Rajeev Chandrasekhar, continues to be a prominent donor to the Bharatiya Janata Party and the Congress, according to a list compiled by the asociation for democratic reforms (ADR).

Also read: Media baron donates most to parties after Birlas