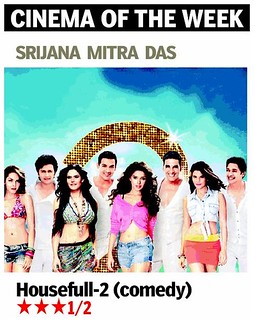 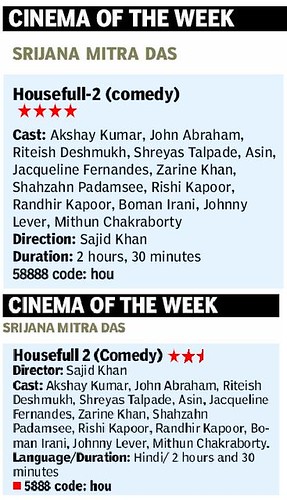 On Saturday, the venture capitalist Mahesh Murthy drew attention, through his Facebook account, to the differing number of stars in The Times of India review for the same film (Housefull-2) by the same reviewer (Srijana Mitra Das) in the Bombay and Madras editions of the paper.

ToI  got the “discrepancy” rectified, but the disparity remains in the Kochi edition.

Links and screenshots via M.V.J. Kar

Also read: It takes 3 Idiots to call the bluff of Pauper Tigers