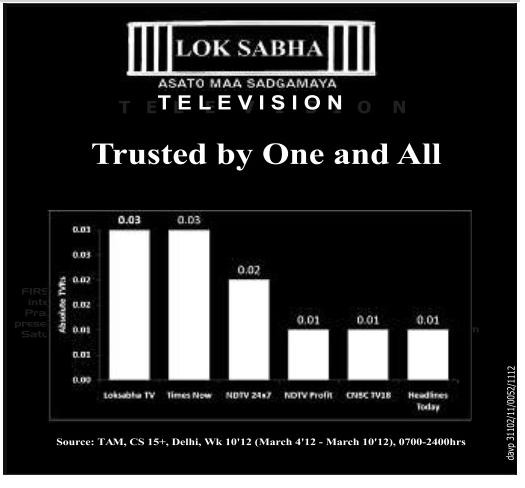 It doesn’t look pretty when a free-to-air public service broadcaster gets into the TRP race.

Lok Sabha TV, the channel of the lower house of Parliament, has issued newspaper advertisements through the audio-visual publicity department (DAVP) of the government, of the viewership commanded by it in Delhi during the first week of March—when the results for the assembly elections to five States came out—and except for Times Now*, the news isn’t too good for the rest.

Also read: Every channel is a winner in great poll race