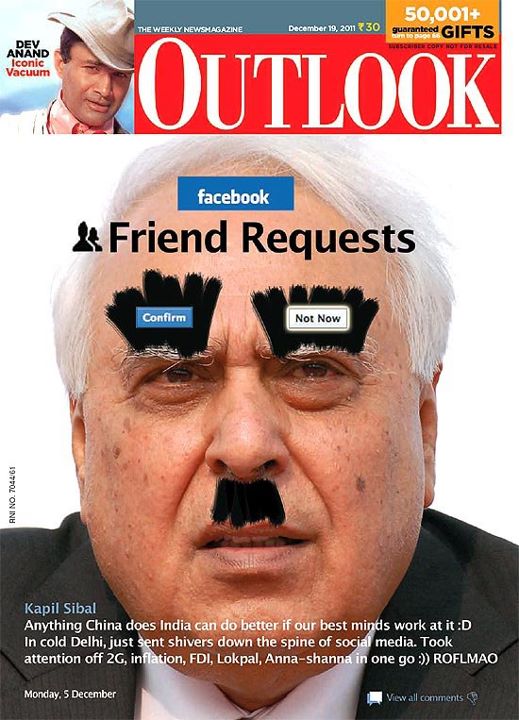 Indian politicians are long used to happily denying what they said on record (and in front of cameras) without ever having their versions contradicted. Union telecommunications and information technology minister Kapil Sibal is learning the hard way that The New York Times isn’t write-your-pet-hate-newspaper-or-channel-here.

Last Monday, an NYT story which said “Big Brother” Sibal had urged global giants like Google, Facebook to “prescreen” user-content set off an online storm. The Congress party quickly dissociated itself from the minister’s remarks and Sibal was reduced to furiously back-pedalling before chummy TV anchors ever eager to oblige.

On Karan Thapar‘s “Devil’s Advocate” programme on CNN-IBN, Sibal said nobody from his ministry talked to NYT, nor did anybody from NYT talk to his department, and that the piece was based on Congress party sources.

Further, Sibal made heavy weather of a light-hearted comment made by an  NYT reporter at a press conference, even going so far as to suggest that the New York Times somehow wanted to get at him.

New York Times has responded to the charges and said it stands by the original story.

# The article posted on Dec. 5 notes, “Mr. Sibal’s office confirmed that he would meet with Internet service providers Monday but did not provide more information about the content of the meeting.’’ India Ink called three people in his office before posting the article: Mamta Verma and S. Prakash, spokespersons who said they had little information about the issue, and Ranjan Khanna, a secretary who was unavailable.  The article attributes no information to Congress Party personalities.

# The reporter who wrote the article, Heather Timmons, introduced herself to Sibal at a news conference the day after it was published with the phrase “just trying to keep you on your toes.” It was intended as a friendly nod to the fact that he may not have liked the story, but that nothing personal was meant by it.

Read the full article: Our response to Kapil Sibal