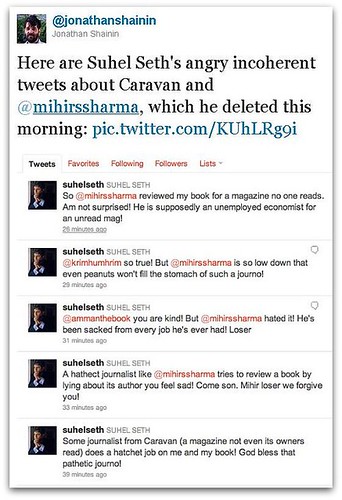 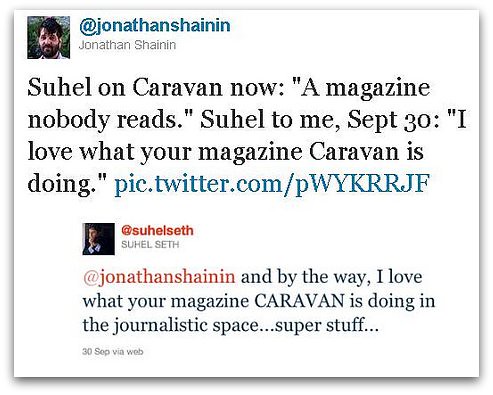 But a scalding review of the balding Seth’s book Get to the Top by the Indian Express journalist turned Business Standard journalist, Mihir S. Sharma, in the latest issue of the monthly magazine Caravan, has seen the boarding school-boy from St. Paul’s school, Darjeeling, lose his shirt and civility—and on Twitter.

Seth called Caravan a magazine no one reads and the Harvard-educated Sharma an unemployed economist sacked from every job he has held. As blogosphere heated up, Seth, who was recently sued by tobacco major ITC for Rs 200 crore for a set of similarly senseless tweets, got the message and pulled out the tweets.

Thankfully, Caravan senior editor Jonathan Shainin has captured the exchanges between author and critic for posterity.

Read the review: The Age of Seth