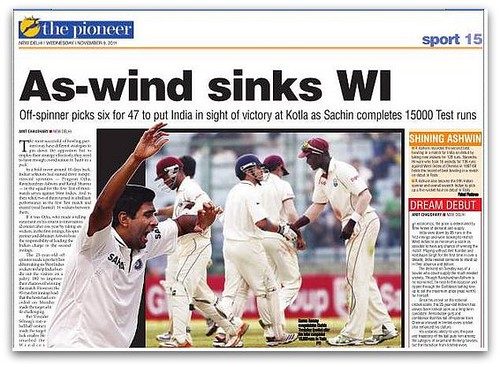 Once was a time when editors glared at sports subs who gave innocuous headlines like “Navratilova best on grass”.

The Pioneer rather overenthusiastically heralds the arrival of offspinner Ravichandran Ashwin, who bagged nine wickets in his debut Test match at the Feroz Shah Kotla.

Hopefully, the offie’s bride-to-be won’t take it amiss; Ashwin is slated to tie the knot with childhood mate Preethi on the eve of the Calcutta Test.

The best editor The Pioneer, Delhi, never had?