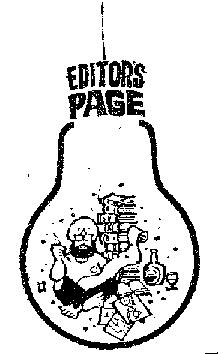 Seventy years after he started needling readers and 42 years after he wrote his first column, the “sardar in the lightbulb” will shine no more. Khushwant Singh, the dirty old man of Indian journalism, says he is now too old (and maybe just a little less dirty) to dish out malice towards one and all any more.

“I’m 97, I may die any day now… I’ll miss the money, and the people fawning over me to write about them in my columns,” Singh says in on his self-imposed exile into silence, in Outlook* magaqzine.

Singh began his career as a journalist in1940, writing for The Tribune, contributing book reviews and profiles under the byline ‘KS’. His first regular column appeared in the planning commission journal Yojana.

Editor’s Page, in the Illustrated Weekly of India under his now famous sardar-in-lightbulb logo, first appeared in 1969. The column migrated with Singh to National Herald, and in 1980, to the Hindustan Times. The now-defunct Sunday Observer was the first to buy the rights to it in 1981.

After he left Hindustan Times in the mid-’80s, Khushwant began syndicating his column. His two columns appeared every week without fail for the last 30 years in a dozen national dailies and translated into 17 languages.

Also read: Khushwant Singh on his last day at Weekly

Why Khushwant Singh fell out with Arun Shourie