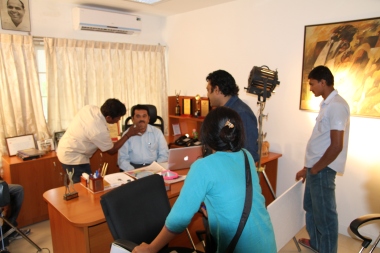 The stake transfer is now complete, according to sources in the know, although neither side has issued a formal communication yet on the extent or completion of the acquistion.

The purchase of the paper means Chandrasekhar now has a Kannada newspaper and a Kannada news channel in his armoury in Bangalore. No other Kannada paper or channel has cross-media ownership.

Former Vijaya Karnataka editor, Vishweshwar Bhat, who was appointed editor-in-chief of Kannada Prabha in February, is slated to take simultaneous control of the Suvarna News 24×7 channel, as group editor.

Kannada Prabha, which has occupied the landmark Express building on Queen’s Road in Bangalore, will move to a new premises in October which it will share with Suvarna News.