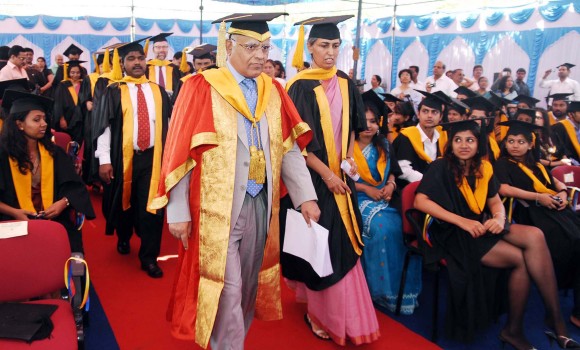 Prabhu Chawla, the editorial director of the New Indian Express, delivered the convocation address to the class of 2011 at the Indian institute of journalism & new media (IIJNM), in Bangalore, on Monday.

# Media is ailing from negligence and ignorance: Journalists no longer seem to have curiosity or the hunger for news. Instead, they seem to be losing credibility. Stories are not based on facts, but manipulated by politicians and corporate houses.

# Generation Next is suffering from lack of training: Most journalists are not looking for a good story any more. Neither are editors pushing them for better stories. TV channels have found the easy way of dishing out opinions instead of giving viewers information.

# Good journalism needs support from consumers: If Indian media has to be liberated from the clutches of advertisers, consumers have to pay for what they read or view. With a business model based on paid news and private treaties, advertisers have begun to dictate what goes into the news.

Photograph: Prabhu Chawla, editorial director of the New Indian Express, leads the faculty to the convocation of the class of 2011 at the Indian Institute of Journalism & New Media, in Bangalore on Monday, 2 May 2011. To his left is Kanchan Kaur, vice-dean. (Karnataka Photo News)

Vol I. No.I: Straight drives from the man behind Seedhi Baat

Vol I. No II:  Home truths from the man behind Sachchi Baat

Vol I. No. IV: No one can destroy Ramnath Goenka‘s Express