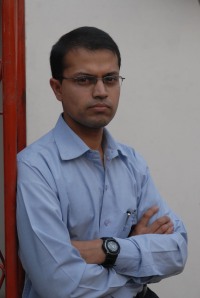 Saikat Datta, an assistant editor at the newsweekly magazine Outlook*, has bagged the National RTI Award 2010 for his expose of the Rs 2,500 crore rice scam using the Right to Information (RTI).

According to the New Indian Express:

“Journalist Saikat Datta was praised for taking on influential people in exposing the rice export scam.  The jury felt that he took a great risk in pursuing the story as the people involved were capable of harming him.”

The award, instituted by the Public Cause Research Foundation, was set up by Magsaysay Award winning activist Arvind Kejriwal, and carries a citation, a plaque and Rs 2 lakh.

The award-winning story revealed how vested interests in business and government colluded to circumvent a ban on export of rice. The expose resulted in future deals being cancelled. Last week, the case was referred to CBI for further investigation.

Datta had previously bagged the IPI India award for 2007.