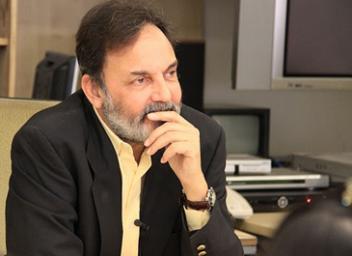 I am writing to apply for the post of Group Editor, English News, NDTV.

I am a journalist with 26 years’ experience. Throughout my career I have made innocent mistakes. I have been silly, I have been gullible and I have been prone to making errors of judgement.

Frequently, when I am “desperate for khabar” I also fib to sources. I string them along so much that I have often tied myself up in knots.

In short, I’m just the right guy to lead the nation’s most reputed English news channel.

I am aware, Sir, that you already have a silly, innocent and gullible editor prone to making honest errors of judgement. Those credentials were so clearly established on national prime time news the other day. Only an extremely innocent, very silly and highly gullible editor can do it with such aplomb.

Admittedly, Dr Roy, that’s a tough record to beat. But the silly are never daunted by the odds…recall that stuff about fools rushing in where angels fear to tread.

I take heart from two facts: One, that you are perhaps the only editor-in-chief to value such sterling qualities in a group editor, and two, while you might be pretty happy with your in-house options, there are some good alternatives in the market you might want to look at.

It is your faith in and commitment to the cause of the ISGs (innocent, silly and gullible), Dr Roy, that has emboldened me to give the job a shot. I want to convince you that when it comes to these sterling qualities, I dig a lonely furrow… it’s actually a deep trench because I have been at it for 26 years.

Sir, I suspect you will be extremely upset at the completely unconventional way in which this application is being framed. So, let me quickly give you three examples of the work I have done so far.  Please judge me only by my work, not what I say about it on tape.

The chief sub leaped out of her chair in horror and grabbed the copy. She called me silly and stupid. She even proclaimed me “dangerous” and banished me from the news desk.

You see, Dr Roy, I was editor material even then. Just that I was in wrong hands. Where were you, Dr Roy? I can’t help wondering, “why just Barkha, why is she so lucky”?

2. Once when I was editor of a small Delhi afternoon paper, we ran an expose on upcoming illegal structures in Connaught Place. We illustrated the story with a big picture of a multi-storey building shot stealthily. Next morning it turned out the building belonged to the newspaper’s proprietor.

Error of judgement is passé, Dr Roy, I have monumental blunders on my hand.

3. More recently, I was in the middle of writing Counterfeit, my most most-read weekly column on notional affairs. Two big corporate houses were warring over some goddamn national asset and I wanted to get to the bottom of things. Who better to get an insight from than the PR persons on both sides?

But I was two full, two convinced and too confused. So, I wrote about the food instead.

But then word got out. As you well know, our strict code of ethics lays down that a journalist can have only one free meal per topic. Fellow journalists were livid. But since nobody could prove quid pro quo, they pilloried me in public for being unethical and accused me in private of selling the profession cheap.

I am however convinced most of them were just jealous of the extra meal I managed…but that’s beside the point, the pillorying continued because they said “joh pakda gaya wahi chor”.

I had to take matters into my hand because the cat seemed to have gotten my channel’s tongue. I agreed to be grilled by my peers in full public glare. Four white haired gents turned up. For the first time the channel made a departure from the policy of not putting out any raw material on air and played the full unedited tape.

On air I made a clean breast of things.  “I may have been greedy, I may have been hungry, but nobody dare accuse me of corruption,” I said, clearly setting the contours of the debate. “But of course, it’s been a learning experience. Looking back now with all that one now knows about dirty lobbyists,  I have no hesitation in saying that it’s perhaps best to carry one’s own lunch box to work. I have since bought a Milton electric lunch box.”

“No journalist is lily white,” the oldest and gentlest of them all began, “I don’t know of many journalists who carry their tiffin to office….” but I cut him short.  ”Nobody is lily white but all that you will discuss is one spot on my kurta? Why only me,” I thundered. I wanted to punch all of them in their holier-than-thou faces but for form’s sake I just bit my dry lips and somehow held my temper and my hand.

Many close friends upbraided me for appearing on the show. They told me I looked angry, sounded pompous and arrogant. They advised me not to mention the incident in this application because it would look rather silly trying to get an important job on the evidence of this show.

But that is the point I’m trying to make, Dr Roy. I am silly. And I did not stumble on silliness, innocence and gullibility “inadvertently” after 16 years of blemish-less journalism.  I worked at it for 26 long years.

In other qualifications, I must point out that I am a damn good political reporter, even if I say so myself. In the thick of things such as the UPA’s cabinet formation, all kinds of people call me to carry messages to the Congress party. Sometimes there are problems of non-delivery such as that message I did not give Ghulam Nabi Azad but I believe, because I’m a good journalist, even if this were about the NDA forming its cabinet, I would still be a busy courier boy.

I would have loved to attach copies of my work as a political reporter but sadly, Dr Roy, I have none. That is because I have never reported politics.

I know, I know…that is not consistent with my claim to being a good political journalist. I was just stringing you along, Dr Roy.

When can I join?

B.V. Rao is the editor of Governance Now, where this piece originally appeared