India’s “liberal” English media, the pet hate of the RSS-BJP-VHP for its “pseudo-secular” way of looking at its actions and transgressions, has once again become the favourite target of “pseudo-nationalists” emboldened by the Allahabad high court judgement in the Ayodhya title dispute.

On the evening of the judgement, the BJP’s Ravi Shankar Prasad, a counsel for one of the petitioners, spent plenty of airtime patting himself on the back, strutting around as an apostle of peace, and barking at English TV anchors from Barkha Dutt to Rajdeep Sardesai.

The print media has not been immune from criticism either.

The Times of India apparently received much criticism for its “2 parts for Hindus, 1 part for Muslims” banner headline (above) to the lead story by senior editor Manoj Mitta, an accurate summation of the court verdict which trifurcated the disputed land.

So much so, the paper has a clarification on the front page today. 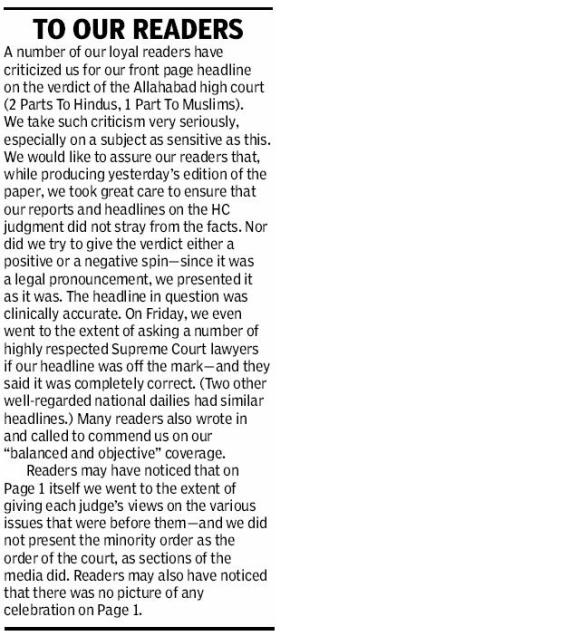 Why ToI was right to use The Last Supper motif