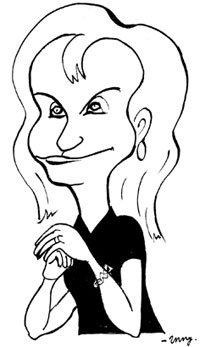 “Young journalists [should] go work in India. There are so many great newspapers in India. I go quite a lot, actually. It has a very vibrant newspaper and magazine culture. There’s a lot of energy in Delhi, a lot of newsmagazines. It’s a very literary culture, it’s great.”

Also read: ‘Magazines, like mushrooms, should grow in the dark‘

‘I would redesign the New Yorker‘