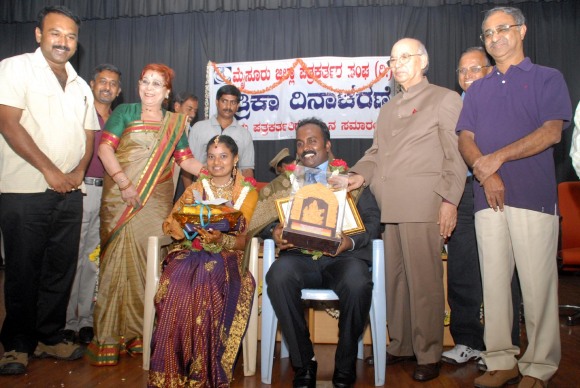 Stranger things have happened to journalists, of course. But for R. Uday Kumar (seated, right), a reporter with The Times of India in Mysore, it all happened on the same day, 22 August 2010.

Mid-way through the nuptials, Uday rushed out of the marriage hall, in his wedding attire, with newly wed wife in tow.

Reason: Uday, who recently won the best reporter award instituted by the Mysore district journalists’ association (for his report on a family that lives at a cremation ground), had to pick up his prize from the governor of Karnataka, H.R. Bharadwaj, who garlanded the just-married couple to the visible delight of MDJA functionaries.