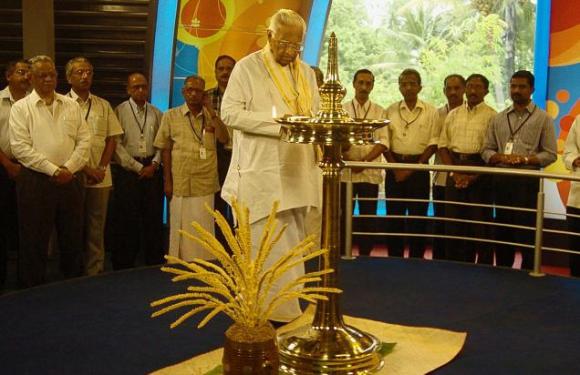 sans serif records with regret the passing away of K.M. Mathew, the rubber planter who became chief editor of Malayala Manorama and founding editor of the newsweekly magazine, The Week.

The end came in his residence in Kottayam this morning. Mr Mathew was 93 years old, and is survived by three sons—Mammen Mathew, Philip Mathew, Jacob Mathew, respectively editor, managing editor and executive editor of the family-owned Manorama.

Mr Mathew had been a member of the Press Council of India, president of the Indian Newspaper Society (INS), and chairman of the Press Trust of India (PTI). A Padmabhushan awardee, he played a pivotal role in making a regional Malayalam newspaper India’s biggest.