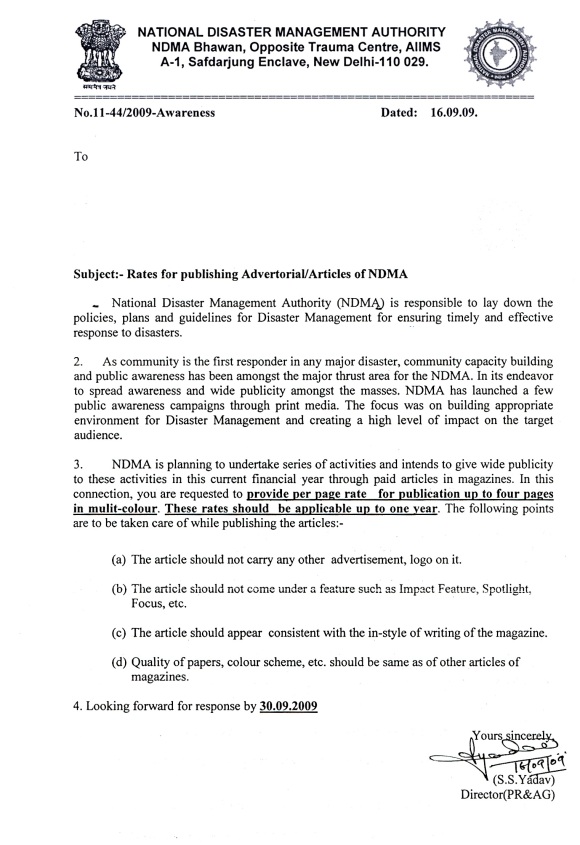 But what when the advertiser is the government, as the National Disaster Management Agency (NDMA) is?

And what when the government as advertiser tries to set the editorial rules and guidelines in a tight advertising market, when it tells you how to write the article, how to do the layout, and what kind of newsprint to choose, all in the name of public awareness?

SUCHETA DALAL: Forget the news, you can’t believe the ads either

SALIL TRIPATHI: The first casualty of a cosy deal is credibility